The Fortress: A Love Story by Danielle Trussoni, published September 20, 2016 by Dey Street Books.
I am three-quarters of the way through this book, billed as "a memoir of love and transformation in France." It is about married foreigners in a 13th-century fortress in a small town in France, Aubais. The marriage is falling apart, and I'm not surprised given the bad vibes from the residence - a former fortress that may have seen a lot of bloodshed and death in the old days. The couple have even seen the same ghost at different times, albeit a friendly one, a woman in blue. Ghosts and violence in the past of a residence are not conducive to a happily married life,  in my opinion.

Jane Green's new cookbook, Good Taste, came in the mail, thanks to NAL. 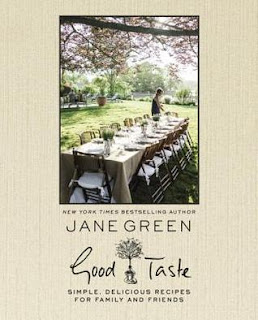 Good Taste: Simple, Delicious Recipes for Family and Friends by Jane Green, October 4, 2016, NAL
There are fairly simple, uncomplicated recipes that I'd like to try -
- Daily Baby Back Ribs, with only six ingredients and five easy steps.
- Slow Braised Onion Chicken, with seven ingredients (including three different parts of the chicken) and easy prep for an oven baked dish.
- Plum Tart Tatin looks delicious.

I am still reading two novels about children "adopted" by Native American Indian couples in complicated scenarios.
In LaRose by Louise Erdrich, a tragic accident leads one family on a North Dakota reservation to give up their precious young son to another Indian family.
In Winter's Child by Margaret Coel, an Arapaho couple on a reservation hopes to formally adopt a white child left by a stranger on their doorsteps years before.


The Fortress: A Love Story by Danielle Trussoni, published September 20, 2016 by Dey Street Books. A memoir of love and transformation in France. 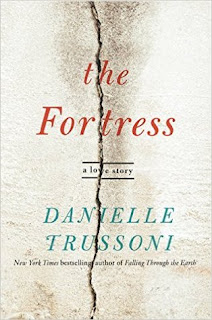 
Before the club in Paris, and before the Frenchman, I was a woman in a fortress.
Or, more precisely, I lived with my husband and two children in La Commanderie, a medieval fortification at the center of the French village of Aubais, pronounced :obey," as in "love, honor and ...Aubais." Built by the Knights Templar in the thirteenth century, the fortress stood high on a hilltop and could withstand attack from every angle.


Love for Nicolai had brought me so far from home, so far from my family and friends and culture, that I didn't recognize myself anymore. I had always believed love to be transformative, but this wasn't what I'd expected at all.

THE FORTRESS is  a memoir about the disintegration of the author's marriage in the South of France.

Memes: The Friday 56. Grab a book, turn to page 56 or 56% of your eReader. Find any sentence that grabs you. Post it, and add your URL post in Linky at Freda's Voice. Also visit Book Beginning at Rose City Reader.
at September 23, 2016 9 comments:

Sunday Salon: Some Books Require the RIght Frame of Mind

There are books and ebooks I have only half-read and these I know I'll get back to once in the right frame of mind.

The Night Circus and its magical environment by Erin Morgenstern is one such book. It's a good book though I'm not really a fan of this genre.

I did finish Cara Black's Murder on the Quai; The Grand Tour by Adam O'Fallon Price; and The Last Kasmiri Rose by Barbara Cleverly.

I am now reading a WWII historical novel, 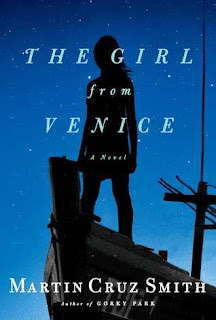 The Girl from Venice by Martin Cruz Smith, an ARC I won from Shelf Awareness, the hardcover to be released October 18, 2016 by Simon and Schuster. 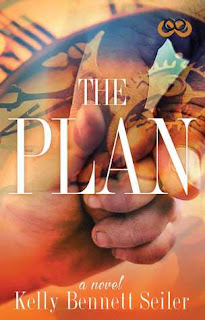 The Plan, a romance by Kelly Bennett Seiler, published September 20, 2016, arrived in the mail, thanks to Simon and Schuster's Infinite Words.

What are you reading this week?
Welcome to the Sunday Salon where bloggers share their reading each week. Visit The Sunday Post hosted by The Caffeinated Bookreviewer.
Also visit It's Monday, What Are You Reading? hosted by Book Date.
at September 17, 2016 9 comments:

Paws and Effect  (A Magical Cats Mystery #8) by Sofie Kelly 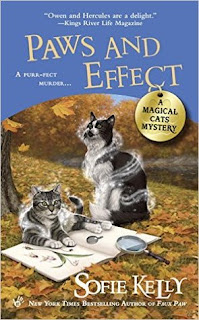 
The body was lying on the swing on the back deck, the wooden seat swaying gently back and forth. Definitely dead, I decided. And it had been placed there no more than half an hour ago.

Book description: Magical cats Owen and Hercules and resourceful librarian Kathleen Paulson are back in the latest from the author of Faux Paw...
Would you continue reading based on the first paragraph?

Meme: Every Tuesday First Chapter First Paragraph Tuesday Intros are hosted by Bibliophile By the Sea. Share the first paragraph sometimes two, of a book you are reading or plan to read soon.
at September 13, 2016 11 comments:

Mailbox Monday: Crimes and a Memoir

Mailbox Monday is the gathering place for readers to share the books that came in their mailbox during the last week. Warning: Mailbox Monday can lead to envy, toppling TBR piles and humongous wish lists. 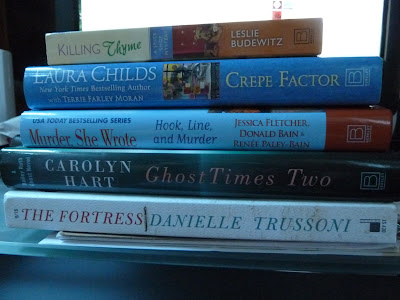 HIstorical mysteries are a popular genre for mystery writers. The cover of this one caught my eye right off. 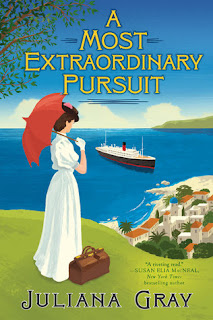 Publisher's description: As the personal secretary of the recently departed Duke of Olympia—and a woman of good character—Miss Emmeline Rose Truelove never expected to be steaming through the Mediterranean on a luxuriously appointed yacht under the watchful and jovial eye of one Lord Silverton. But here they are, as improper as it is, on a quest to find the duke’s heir, whereabouts unknown.  And as they steam from port to port on Max’s trail, dodging danger at every turn, Truelove will discover the folly of her misconceptions—about the whims of the heart, the desires of men, and the nature of time itself... (goodreads)

After years of neglecting my ereader, I am having fun downloading ebooks from our local library, faster than I can read them. I have even decided to download a book I already have, hoping it will be easier to read it on the Kindle. The advantages are: you can read in low light, play with the size and style of the font, and not have to worry about a return date for the physical book.

Book Beginning: Murder on the Quai by Cara Black

Murder on the Quai, a novel by Cara Black, published June 14, 2016 by Soho Crime. I was lucky to find this one available at the library, the most recent in a mystery series set in Paris that I have read and enjoyed. 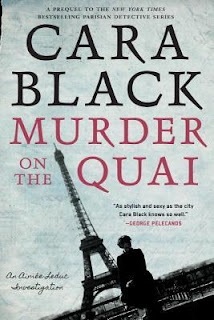 Book description: Aimée Leduc, heroine of 15 mysteries in this New York Times bestselling series, is a très chic, no-nonsense private investigator—the toughest and most relentless in Paris. Now author Cara Black dips back in time to reveal how Aimée first became a detective.

Standing outside the Michelin-starred restaurant, a stone's throw from the Champs Elysees, the old man patted his stomach. The dark glass dome of the Grand Palais loomed ahead over the bare-branched trees. To his right the circular nineteenth century Theatre Marigny.

"Non, non, if I don't walk home, I'll regret it tomorrow." He waved off his two drunken friends, men he had known since his childhood in the village, as they laughingly fell into a taxi. Course had followed course; remembering the caviar-dotted lobster in a rich veloutee sauce topped off by Courvoisier brandy, he rubbed his stomach again as he waved goodnight to the departing taxi....

Seems like a foreshadowing, setting the scene for what's to come....I have started the book and am engrossed in the story of the protagonist Aimee and how she first got into the detecting business.

Page 56:
...After he had related what seemed like a typical evening , he described Bruno's arrival. "With a woman. A looker. Like you." Marc grinned....

Memes: The Friday 56. Grab a book, turn to page 56 or 56% of your eReader. Find any sentence that grabs you. Post it, and add your URL post in Linky at Freda's Voice. Also visit Book Beginning at Rose City Reader.
at September 09, 2016 14 comments: