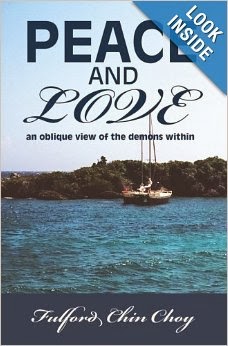 "More importantly, a love for life is one way to bring closure to the grieving for another. May there be peace in your life as well as your future." (p. 39)

Book description:
"To change within, particularly for the better, takes more than a wish. True, the process starts with a volition but thereafter, it ordinarily will take determination, focus and a willing heart. Journey alongside a personal reflection on the influence of others while growing up. Then consider what it takes to change and how the seven deadly sins can sway your impulsive actions and emotional reactions. Contemplate counteractions and self control. With the insight gained, peace of mind likely can be had with one employing the heart, the mind and the will to do so."

A new self-help/inspirational book by Fulford Chin Choy of Canada was about 15 years in the making. Click on the book title for more details.

"Fulford's book is an abundance of insights into what propels the human spirit. His deep reflection on some of the causes and simple cures for what ails and motivates everyone of us is unparalleled. A must read for any serious thinker who is interested in self growth and development. The array of insightful tips enables one to adapt to almost any condition with inner peace. A handy reference material for a changing world that will be revisited time and time again."
- December 29, 2008 1 comment: 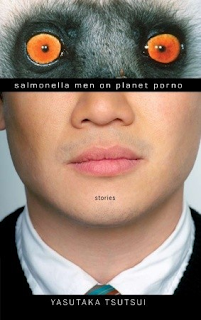 There are 13 stories in this 2008 book. Yatsutaka Tsutsui has won prizes in his native Japan and named a Chevalier des Arts et des Lettres by the French government.
- December 06, 2008 1 comment: