First Chapter: Hope Is Our Only Wing by Rutendo Tavengerwei


Meme: Each Tuesday, Vicki, from I’d Rather Be At The Beach hosts First Chapter First Paragraph Tuesday Intros where  readers post the opening paragraph (sometime two) of a book they are reading or that they plan to read.
- August 27, 2019 2 comments:

Email ThisBlogThis!Share to TwitterShare to FacebookShare to Pinterest
Labels: First Chapter, Hope Is Our Only wing, teen novels

Sunday Salon: Books Reviewed and Books Not Yet Read

I really enjoy the books in this series, and will be reading the next, #3, Guiltless soon. The setting of the Swedish archipelago and the touristy island of Sandhamn adds much atmosphere to the story.

This is part mystery, part police procedural, cleverly written to always keep you on your toes.

The sailing regatta organized by the Royal Swedish Yacht Club is the starting point for this excellent murder mystery.

A couple take their troubles with each other all the way to Morocco, at the insistence of the husband, Paul. His wife Robin goes along but finds out soon that all is not what it seems and that Paul seems to be living a double life, having a past that he never revealed to her.

This dramatic thriller involves accountant Robin and her talented but enigmatic artist husband Paul, in Morocco. Their relationship begins to deteriorate  on this trip, their actions drive them further apart.

The realism of the novel, while telling a lot about traveling in this North African country,  made me wish for a more artistic and less stark telling of the story, however. 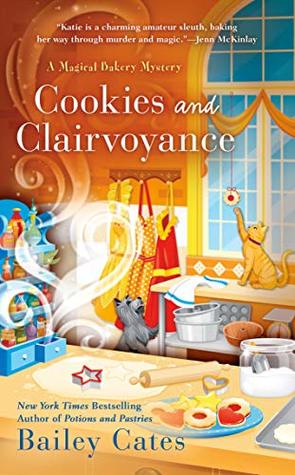 Description: A mysterious kidnapping
On a hot summer night, a scientist from the Centers for Disease Control is grabbed by unknown assailants in a shopping center parking lot. Vanished into thin air, the authorities are desperate to save the doctor.
A devastating explosion

Michelle Spivey jogged through the back of the store, frantically scanning each aisle for her daughter, panicked thoughts circling her brain: How did I lose sight of her I am a horrible mother my baby was didnapped by a pedophiole or a human trafficker should I flag store security or call the police or --
Ashley.
Michelle stopped so abruptly that her shoe snicked against the floor....


Maggie said, "I'll briefly run down the SWAT Bible on transport from the APD perspective. We're all following the Active Shooter Doctrine. No negotiation. Just pop and drop....

Memes: The Friday 56. Grab a book, turn to page 56 or 56% of your eReader. Find any sentence that grabs you. Post it, and add your URL post in Linky at Freda's Voice. Also visit Book Beginning at Rose City Reader
- August 16, 2019 6 comments:

The Satapur Moonstone by Sujata Massey: A Brief Review

Traveling back in time to 1922 in British India, where the Raj (the British) oversaw royal families and princely states, while allowing local religious and other traditions to continue. I learned a lot about what it might have been like then, for men,  and women as well who were living in purdah or seclusion.
A mystery novel, with intrigue and suspense, and romance, in a unique historical setting and time period.  Perveen, a female lawyer, is sent to Satapur state to help resolve the conflicts over where the young raj is to be educated. There are conflicts between the boy's grandmother, who wants him to stay close to home, and his mother, who wants an English education for him. There have been unfortunate deaths in the family, and Parveen wonders if the young raj is in danger.

I enjoyed this second in the Perveen Mistry series and look forward to the next.

Perveen Mistry sighed, adjusting her hat on her sweating brow. It was six thirty in the morning, and already eighty-two degrees. Cantering around the riding ring at the Royal  Western India Turf Club, never quite keeping up with her friend Alice, was vigorous exercise.

Memes: First Chapter/Intros, now hosted by I’d Rather Be at the Beach; and Teaser Tuesdays hosted by The Purple Booker.
- August 13, 2019 3 comments:

I got through a French novel, a thriller, in record time. Hooray! My reading in that language is getting better, with the help of the built-in dictionary in my ereader.

Setting: France and Spain
An investigating judge tries to find the truth behind two murders in one family and unwillingly involves her daughter Ines in her investigation. Thrilling and suspenseful, especially a dangerous climb in the snowy Pyrenees to reach a dead man and the evidence he carries that could condemn some in high positions.

Timely topics, and a daring main character in the judge, Marion Lambert, made this an enjoyable reading challenge.

On a recent visit to the library, I netted more books that I had intended to borrow! This is one I'm currently reading.

India's only female lawyer, Perveen Mistry, is asked to help made a decision re the education of a young crown prince in the kingdom of Satapur. She finds she has walked into a trap. (publisher)
I'm enjoying it so far, especially since there is a hint of possible romance in the remote mountain area for the main character, Perveen.

Memes:
The Sunday Post hosted by The Caffeinated Bookreviewer. Also,  It's Monday: What Are You Reading, and the Sunday Salon,  Mailbox Monday.
- August 03, 2019 11 comments: