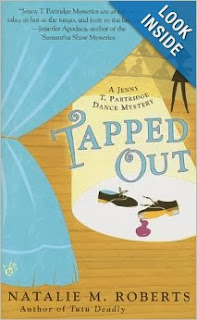 Mildly entertaining cozy novel, the mystery does give some insights about Utah and its missionaries, the world of dance competitions, and the obsessed parents of child dancers, the paycho dance moms. Yes, the mystery is solved, and it does involves Jenny, but not through her own attempts at crime solving.
- January 18, 2008