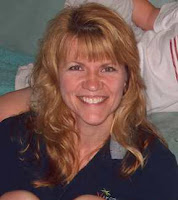 Welcome to Jennifer P. Daly, author of Black Hole: A Novel, a romance published in 2008.

"Jenna" is here on the sixth stop of her book tour to tell us about her novel, a book about a stay-at-home mom whose life changes when her husband mysteriously disappears on a trip overseas.

The author has a B.S. in written communications, works for a software company, and has two young sons. Black Hole: A Novel was written on a dare and begun in 2007. Jenna has also written children's stories.

Q: Can you tell us how you chose the title of your novel?

Jenna: The title originally was "Unexpected." But as I wrote I realized that black hole references kept coming up. One of her sons was fascinated by them, and her life drops into an emotional one. It clicked. There are so many things science does not know about them - that cannot be explained - yet.

Q: Did you use personal experience to write the novel - about a stay-at-home mom who has to return to the workplace?

Jenna: I was out of the workforce for 2.5 years with my younger son, so, although my experience was shorter than the character in the book, yes. I remember coming to work the first day in 2005 and wondering, "Can I do this," and thinking someone was going to find out I was some sort of big fat faker. It never happened.

After a month, juggling the kids and a career felt oddly familiar (I had done it from 1999-2002 with one child). I had intended to go back when my son was three. My brain needed more stimulation than I got as a full-time mom and I had always worked. I intensely disliked feeling dependent on anyone, even for that short time. 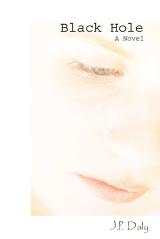 Q: Do you plan to write another book with Allison as the main character?

Jenna: No, Allison's story is "done." The sequel is about another character in Black Hole: A Novel. I realized halfway into it, I had a sequel and wrote the first chapter of the second book while working on the first one! The sequel has no title yet, and I am about 100 pages into it. The beginning and ending are finished. That's the same way I wrote the first one - and then I filled in the middle.

The only way to explain how I write is I get entire chapters in my head, sometimes out of order. I write them, and then figure out where they go.

Q: What is your favorite genre of books?

Jenna: Genre can be a bit limiting. I have never liked mysteries. Which is odd since I like movies like that. I remember reading a few mystery books that had so many characters I could not keep them straight, I had to back up and re-read sections. That can be frustrating.

If I had to, I'd say contemporary fiction (rather than historical, fantasy, etc) and self help. Genre does not really matter as long as they are stories in which a character discovers something about themselves, someone else, or the world, that changes them forever, yet they also entertain the reader. I finished reading "Broken for You" and "Lucky" and felt like something in me had shifted, in a good way.

Jenna: Yes. Black Hole: A Novel was an odd experience. I never thought to myself, I think I’ll take a stab at writing a novel and self publish it. Instead, I started it after a friend dared me. When I complained about my job being to restricting writing-wise, she insisted I could write about anything. I told her my creative skills had died when I took on corporate copy writing. "Okay," she said, "Write two pages about a woman in an elevator." I did in less than 15 minutes. She read them, handed them back, and asked with a grin, "Then what happened?" 400 pages later…

The oddest part? After the book was done, I realized things in it happened to me, AFTER I wrote about them. I think every time I pick the book up I find another one. That's something I cannot explain.

Please visit my Website at http://www.dalybookstore.com to learn more about me and my book.


Thanks for visiting, Jenna.

Welcome, Jenna. It's nice to have you here! As an aspiring writer myself, I'm always interested in what makes other writers sit down and put pen to paper, and make it work! I imagine it's easier the second time around?

Great interview! Thank you for posting it.

Writing my first one was actually easy for the most part - it seemed to write itself. I had one time where Allison wanted to go in one direction, and I could not reconcile that action with her character. So I abandoned the book for two weeks. When I went back, she'd changed her mind.

The sequel got off to a good start. I seem to be having trouble finding time to write, but my full time job and kids make me see that there are only so many hours in a day.

Sounds like you're having fun writing, Jenna. Good luck with the sequel!

bookbirddog.blogspot.com; You saved my day again.

PPC Ad
very handy, thanx a lot for this article ....... Thyis was waht I was lookiing for.