The Writing on My Forehead: A Novel and The Solitude of Prime Numbers,
are two new books I promised to review for March, one for a tour on the 22nd and the other to meet the release date on the 18th. 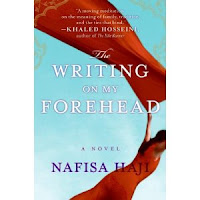 The Writing on My Forehead is the story of Saira Qader, an American journalist of  Indo-Pakistani descent who discovers, with some emotion, the stories of her grandparents, aunt, and her parents - three generations of a Muslim family. The book, her first, is by Nafisa Haji, a writer who lives in California. Published by Harper Perennial in 2009. 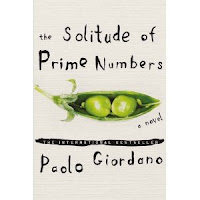 The Solitude of Prime Numbers, a debut novel by Paolo Giordano, tells the story of two lonely teens, Alice and Mattia, who are damaged by childlhood tragedies, but feel a kindred spirit when they first meet. They are later separated by circumstances and reunited in adulthood by chance. Can these two "prime numbers" fit together or are they destined to remain separate?

The novel was first published in 2008 in Giordano's  native Italy. The English version will be released March 18.

Looking forward to reading both novels, and to a guest post by Nafisa Haji!
- March 08, 2010

Email ThisBlogThis!Share to TwitterShare to FacebookShare to Pinterest
Labels: Nafisa Haji, Paolo Giordano, The Solitude of Prime Numbers, The Writing on My Forehead