It was a great pleasure to  have these ARCs arrive - some solicited, others won or a surprise. Two of them were published in October; four will be published late 2011 or in 2012.

I was especially waiting to read: 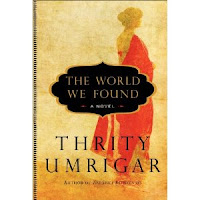 Title: The World We Found: A Novel by Thrity Umrigar
(A Shelf Awareness giveaway). Publication: January 3, 2012
The story of four women who grew up in Bombay and the indelible friendship they share.

Title: Nanjing Requiem: A Novel by Ha Jin
(from Amazon Vine). Publication: October 18, 2011
An American missionary in the city of Nanjing tries, at times unsuccessfully, to save tens of thousands of homeless women and children in one of the darkest moments of the 20th century: the Rape of Nanjing in war torn China, 1937.

Title: Falling Together: A Novel by Marisa de los Santos
(from Amazon Vine). Publication: October 4, 2011
When three college friends reconnect at a college reunion after six years have gone by, a collision of past and present sends them on a journey across the world, one that will change everything.

Title: Helpless, a thriller by Daniel Palmer
(from the author). Publication: January 31, 2012
Navy Seal and high school soccer coach Tom Hawkins must clear his name when an anonymous blog post accuses him of sleeping with one of his players. He has to unravel lies about his past that someone may kill to keep a secret. 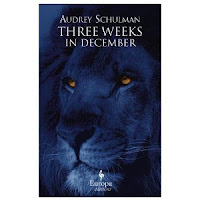 Title: Three Weeks in December by Audrey Schulman
(from Europa Editions). Publication: Jan. 31, 2012
Two stories set in East Africa in 1899 and 2000 are told in alternating perspectives of an American engineer and an ethnobotanist. 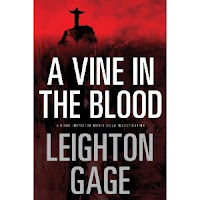 Happily, four of the ARCs have been printed with the same covers as their final copies. I'm looking forward to reading all six - two set in Asia, one in Africa, one in Brazil, and two in the U.S. A good trip around the world with contemporary fiction, two thrillers, and some good literary fiction.
- November 02, 2011

Email ThisBlogThis!Share to TwitterShare to FacebookShare to Pinterest
Labels: ARCs