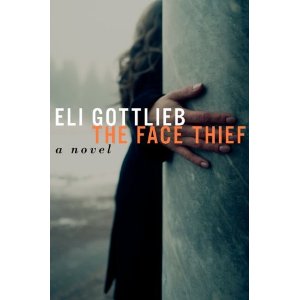 "Honey!" he said, touching her trembling back while squelching the desire to shout. I was preyed upon, dammit! I was ambushed by a miserable creature who used the traction of a single kiss to try to wound both of us! That's the truth! (ch. 18)

Margot Lassiter, a young magazine journalist, wakes up slowly in the hospital, not rememering much about the fall down a long marble staircase that caused serious head injury and partial amnesia. Had she been pushed? Detective Dan France visits her regularly to try to find out. He also is looking closely into her life before her injury. As she lies in the hospital recovering, Margot remembers her childhood and the influences on her life.

Flashback to Lawrence Billings, a psychologist who gives seminars on face reading, body language and how to use this to advantage in the business world. Margot is one of the attendees at a seminar, and she insists on taking private lessons from Lawrence so she can have improve her skills in business dealings. But it turns out that Margot is the master, not Lawrence,and she is able to manipulate him with her own body language and her sharp ability to read his. "Men speak a stench," she often thinks, and she can sniff them out expertly.

Flashback again to another man, 42-year-old John Potash, a happily married man, comfortably well off, who is persuaded by telemarketer Janelle Styles from Greenleaf Financial to look into investments with her company in the newest green technology. He meets her and her partners and is convinced that he would make a mint by investing almost all of his savings, his wife's savings, and his mother's.

The three stories converge in the novel to create a suspenseful tale of psychology and manipulation. The men - Dan the detective, Lawrence the psychologist and face reading specialist, and John the investor - are no match for Margot, who reads them easily. When Margot recovers and leaves the hospital, the men try to minimize the damages done to their marriages and self esteem.

I wished that the book had gone into more detail about face reading, but it didn't except for when Lawrence gives a few tips in his seminars. A jagged hairline could mean some traumatic experience in the teenage years, shape of the upper or lower lip could show either a sensual or pleasure denying bent, extra plumpness on the lower cheeks around the mouth could mean lots of energy. Large ears low on the head would make the person thoughtful and deliberate; a cleft chin would mean a big ego....and so forth.

The Face Thief made me think of how often people I know or I myself put on a face or attitude that didn't reveal true feelings. It certainly will make me more observant of body language and face characteristics. Not that this novel is all negative...There is at least one innocent, goodhearted man in the book, and at least three good women. None of them are Margot.

A fascinating book that is both a literary and a suspense novel. I am anxious to read the author's other novel, Now You See Him, which also got good reviews.

About the author: Eli Gottlieb’s New York Times Notable Book, The Boy Who Went Away, won the Rome Prize and the 1998 McKitterick Prize from the British Society of Authors. His second novel, Now You See Him, has been translated into eleven languages. He lives in New York City.

I received a complimentary review copy of this book.
© Harvee Lau of Book Dilettante. Please do not reprint without permission
- January 25, 2012