Welcome to the Sunday Salon.

Two small bunnies that ate my lily plants and my miniature roses, and nibbled on the basil, are now in the front yard eating the grass. I hope they forget about my backyard and move on where the grass is greener and there are not flowers or herbs to nibble on. Cute as they are, I want my Thai basil to grow! And so does the Dad, who loves to cook Thai!

Books for fathers to read? Here are a few May and July releases ... 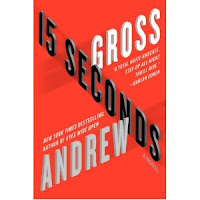 Henry Steadman didn't know what was about to hit him when he pulled up to a red light. A successful Florida plastic surgeon, he is in town to deliver a keynote address at a conference when suddenly his life becomes an unrelenting chase to stay alive. (publisher)

An accidental collision on a Bangkok sidewalk goes very wrong when the man who ran into Rafferty dies in his arms, but not before saying three words: Helen Eckersley. Cheyenne. Seconds later, the police arrive, denying that the man was shot. That night, Rafferty is interrogated by Thai secret agents who demand to know what the dead man said, but Rafferty can't remember. (publisher)


John Smoltz is a former Major League Baseball pitcher and active sportscaster. He is best known for his prolific career of more than two decades with the Atlanta Braves, during which he garnered eight All-Star selections and received the Cy Young Award in 1996. He is currently the chairman of King's Ridge Christian School in Atlanta and is a scratch golfer. (Tiger Woods has said that Smoltz is the best golfer outside of the PGA tour.) He lives in Atlanta with his family. (publisher)


What do you have in mind for Dad today?

I'm a city girl so it's always a thrill to visit my Mom in Arkansas and see all the bunnies and deer in the yard. She complains that they eat her garden and I'm like "Awwww but they're so cuuuuuuuuuuute!"

This is my second Father's Day without my dad, so it's kind of a sad day for me. Our son came over and cooked breakfast for my husband and had a little gift for him. I think they're going to grill out together tonight.

My husband picked out a book about a female spy!! Hope those bunnies stay out of your yard!!

Those sound like some good books for men or women. Gross is a good writer.

I often think of history books because the men in my family love history!

I have two bunnies myself. They live in my basement studio and have been known to nibble at the books on the bottom bookcase shelves.

One winter I had a bunny that lived under the deck of the house. I fed him/her and took lots of pictures. The next year a stray cat lived there and the bunny never showed again.
If you like books about sports figures, I read and reviewed The Ball Player by Clay Snellgrove. A clean book with very little bad language. You can read my review on my blog mnleona.blogspot.com
Leona