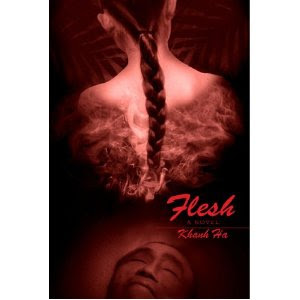 I blinked away wet stars in my eyes. "I want my daddy's skull back."


"Daddy's skull? the older boy said, and then tapped the skull with his pipe. "This?"

Set in Tonkin (now North Vietnam) in the early 20th century, the book follows young Tai, who as a child witnessed the beheading of his father who was accused of being an outlaw. Tai's father was known as a bandit but was something of a Robin Hood, who helped those around him. He was betrayed by someone in his band of outlaws, someone whose name Tai does not know. As a dutiful son, he recovers the skull of his father from the rival village where the execution took place, and is helped by a boatman and his daughter to escape.

Tai makes a pact with a geomancer to find a desirable and auspicious burial site for his father's and his brother's bodies, as Tai discovers that a good burial site can mean prosperity in the future for himself, his mother, and the future members of his family.

The novel follows the young man as he becomes a servant to the geomancer in the city and then finds a patron who buys the burial site for his family and bestows other favors on him.  Tai later discovers who betrayed his father and what fate has in store for him.

Comments: While it was slow going in the middle, the book picks up toward the end and I was quite engrossed in finding out what would happen to Tai and the girl he thinks he loves. The times are hard, people are poor, but the natural surroundings bring peace and comfort, as the writer shows in his lyrical and descriptive writing.

The novel is set during the time when Tonkin was under French colonial rule. The relationships between the French, the resident Chinese, and the Tonkinese (Vietnamese) are all featured in the book, which gives you a good feel for the culture, the times and its conditions.

I rated the book 4/5 and recommend it for those interested in Vietnam during this period of history. 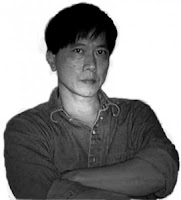 Khanh Ha was born in Hue, the former capital of Vietnam. During his teen years he began writing short stories which won him several awards in Vietnamese adolescent magazines. He graduated from Ohio University with a bachelor's degree in Journalism. He is at work on a new novel.

Thanks to TLC Book Tours and the publisher for a complimentary review copy of this book. Click for other reviews
at July 26, 2012

Thank you, Harvey, for your review of Flesh. What’s nicely captured for readers is a valuable read on history lesson and moral obligations of kinship, and I hope that the readers might get a chance to find it out for themselves.

Wow!! What an intense read!

Thanks for visiting and your comments, Khanh Ha. I appreciate it!

This book piques my interest, as I have a fascination with Vietnam and it's people, and have had for a long time. It sounds intensely dark and also really magical in spots as well. I am so glad that you liked it and rated it so highly. Great job with this review today!

I thought the beginning grabs you with both hands. It is an interesting book.

Man of la Book, I agree that the beginning was gripping, but I was really thinking about the middle sections of the book, which were lyrical in its descriptions while the story slowly built up to its climax.

Thanks for taking the time to read and review this book for the tour.

I am very interested in the history of Vietnam and this one has me curious to find out more. Great review!