Books for Upstairs and Downstairs

I have a mystery novel for reading upstairs, bedtime reading, and for when I wake up too early in the morning. And there is another book downstairs that I'd rather not take up and down the stairs.

My upstairs read is: 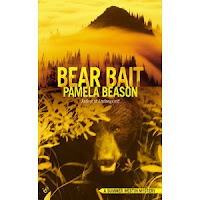 Bear Bait: a Summer Westin Mystery by Pamela Beason, to be released October 2, 2012.

A lover of the great outdoors, albeit from an armchair, I enjoyed the first book in the series, Endangered, and am liking this one with Summer Westin as a biologist, volunteer, and amateur sleuth in the National Park Forest in Olympic National Park, the Pacific Northwest. 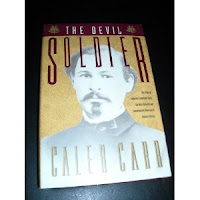 My downstairs book is quite different.
The Devil Soldier: The Story of Frederick Townsend Ward, the Most Honored and Controversial American in Chinese History is a biography of  an American soldier of fortune from Salem, Mass. who fought in China in the mid 19th century, on the side of the Chinese emperor and against the Taiping rebels.

The book describes The Devil Soldier as a "compelling adventure story and an important piece of Chinese and American history."

It was first published January 8, 1992 by Random House.

I love this post. I have upstairs and downstairs books are well.

Let's see... downstairs I have all my current reads such as:

Upstairs reading is when I am able to sneak away from the kids, so there I have more dreamy, surreal stuff:

Hard Boiled Wonderland and the End of the World

And then when I am cleaning the house, I have my iPod and IT by King. I'm covered!

Interesting! I never thought about the books that so not follow me place to place but remain, like as you say - downstairs.

They both sound good. That cover on Bear Bait is creepy.
Fun question :)
Im currently keeping my copy of a thriller called Liquid Fear at my bedside table. And I travel with a romance I've been reading while on my lunch breaks.

I don't have an upstairs/downstairs read but I have a print book and an e-reader book (because of the built in light on my Kindle Fire and Nook Color) going at the same time.

I love the whole idea of upstairs and downstairs books!!

I don't have upstairs and downstairs books really. What I do though is if I have a paper copy book then that is my upstairs read and my downstairs is always my kindle because of my eyes. I usually only read downstairs at night. The rest of the time I turn on the audiobook I'm always carting around.