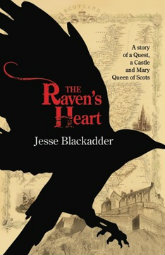 
"Where are you hurrying to, laddie?"
"I am on the Queen's business." I struggle, trying for a position where I can kick his groin.
"I don't doubt it." The cold of his dagger tips my throat. I freeze.
"What brings the Queen here to Dunbar in such secrecy? And who are you?" (ch. 17)

Description: "Scotland, 1561, and a ship carries home Mary, the young, charismatic Queen of Scots, returning after 13 years in the French court to wrest back control of her throne.
The Blackadder family has long awaited the Queen’s return to bring them justice. Alison Blackadder, disguised as a boy from childhood to protect her from the murderous clan that stole her family's lands, must learn to be a lady-in-waiting to the Queen, building a web of dependence and reward.
Just as the Queen can trust nobody, Alison discovers lies, danger and treachery at every turn. Then, unexpectedly, she finds love…
This sweeping epic of political intrigue, misplaced loyalty, secret passion and implacable revenge is based on real characters and events from the reign of Mary Queen of Scots." (publisher)

Comments: What impressed me about the book was the research that this Australian author did to find out more about her family name originating in Scotland. She recounts the story, in novel form, of the Blackadder family of Scotland and their loyalty to Mary, Queen of Scots.

The Raven's Heart covers the period of Mary in Scotland, before she was imprisoned by her Scottish lords, and before she fled to seek refuge in England, where she was imprisoned by Elizabeth I of England. Alison Blackadder, who is the narrator in the novel, is a fictional character woven into the historical events. This is a fascinating novel that those interested in the early history of Mary Queen of Scots will want to read. 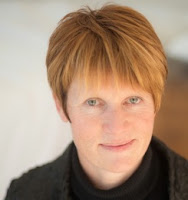 The author: Born in Sydney, Jesse now lives near Byron Bay. She is an award-winning short-story writer and freelance journalist, fascinated by landscapes and belonging. Her first novel was After the Party (2005), which was voted onto the Australian Book Review’s list of all time favourite Australian novels in February 2010. She is writing her next novel about the first woman to reach Antarctica. Connect with Jesse Blackadder at her WEBSITE.

For more reviews, see the Book Tour schedule. Thanks to Historical Fiction Virtual Book Tours and the author for a review copy of the book.
at December 14, 2012

I love reading a well-researched Historical fiction. I have not red anything about this period, adding this to my wishlist.

Sounds like a good read for me. Thanks for the info.

I'm reading this book now. I agree, it is very well researched.

The period and place covered in this novel is a fascinating subject. It is a good sign that the author really did her research on the subject.

Though I only know the rudimentary details Mary's life was so very interesting. However, I think that I would like to read a non fiction biography before I read a novel like this.

Sounds like very interesting book for me if it mentions Scotland, Queen, castle. Thank you for your nice giveaway of your historical fiction!
Merry Christmas!

Sounds like a terrific way to learn about the story of Mary Queen of Scots! Excellent and concise review, Harvee!

Wow this sounds fantastic and an aussie author too.