The novel, Rocamora, gives an account of Vicente de Rocamora's life in the 17th century Spanish court as a Dominican priest and confessor to the Spanish Infanta, as a priest who rose to such fame that he almost became Inquisitor General of Spain. It is fascinating because of the historical background. The book details the atmosphere of fear, ambition, political greed, and the obsession of "purifying"  Spain during this time, to rid itself of not only Jews, Moors, and others not of "pure blood." Many were expelled from Spain in the 15th century and many others chose to leave the country over time unless they had decided to convert and become "New Christians". Anyone declared a heretic as well as anyone deemed to be homosexual, bigamist, blasphemer or other were subject to the auto de fe, a public penance and sentencing that could result in burning at the stake.

Vicente de Rocamora in this novel is based on a real person in 17th century Spain,  a poet whose works did not survive. He had family members in the Dominican order of priests, became a Dominican himself and served in the Spanish court, but later in life, after learning he was part Jewish and not one of the"pure bloods" in Spain, changed his name to Isaac, moved to the Netherlands, and became a physician.

Rich historical detail and atmosphere is the background tapestry for the story of Vicente rising to power in the Spanish Court, an ambition that gave honor and fame to the family name. I enjoyed reading the novel though it does take time to read to absorb the detailed information. I highly recommended the novel for those interested in the religious atmosphere of Spain during this time.

In an historical novel, I always want to know what's fiction and what is historical fact. It's helpful that the author has asterisks marking the fictional characters in his list of important people in Rocamora. He also has a map of Spain and Portugal in the 17th century and historical notes at the beginning and at the end of the novel.

Book description: "Rocamora, a novel of 17th century Spain, is based on the life of Vicente de Rocamora, who struggles to make his place in a Spain obsessed with limpieza de sangre, purity of blood untainted by Jew, Moor, or recent convert.

Poet, swordsman, and master of disguise, at the insistence of his family, Vicente enters the Dominican Order and is soon thrust into the scheming political and clerical hierarchies that at Court. Vicente becomes Confessor and Spiritual Director for King Philip IV’s teenage sister, the beautiful Infanta Doña María, five years younger than he, protégé and possible successor of Inquisitor General Sotomayor, and an invaluable assistant to the King’s chief minister, the Count-Duke de Olivares.

Vicente needs all his skills and cunning to survive assassination by a growing list of ruthless foes in both Church and Court, solve a centuries-old riddle to quell rumors of his own impurity of blood, and above all suppress his love for the seemingly unattainable María." 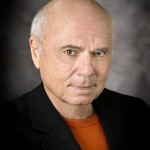 Donald Michael Platt's novel, ROCAMORA, set in 17th century Spain and Amsterdam during their Golden Ages, was released December 2008 and republished September 2011. The sequel HOUSE OF ROCAMORA was published November 2012. He is working on a novel set in the 9th century Carolingian Empire about another unusual historical character, Bodo, the Apostate. Please visit his Webpage for more information.
- April 03, 2013