Welcome to the Sunday Salon! Also submitted to It's Monday; What Are You Reading? at Book Journey, and Mailbox Monday at MariReads.

Spring seems to have arrived after a scare of snow flurries early yesterday. The sun is out for the most part and robins are busy making nests. The dark-eyed juncos that stopped by the backyard for about a week are mostly gone, probably to their summer grounds in Canada and into the Arctic. I also noticed an Eastern towhee outside the window a few days ago. These upper areas are its breeding grounds; it lives permanently further south.

Spring cleaning is going pretty well. Organizing and clearing out the basement is slow but steady. I may have space to sit and read comfortably down there soon!

Library books I've borrowed include:
Scarlet: Lunar Chronicles #2 by Marissa Meyer, a sci-fi fantasy based on the fairy tale, Little Red Riding Hood
The Man Who Turned Both Cheeks by Gillian Royes, a mystery novel set in Jamaica

What was in my mailbox? 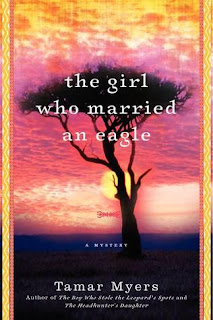 Three ARCs:
The Girl Who Married an Eagle by Tamar Myers, the third and final mystery novel in the series set in the Belgian Congo
Slingshot: A Spy Catcher Novel by Matthew Dunn, a thriller
Big Girl Panties by Stephanie Evanovich, a romantic comedy 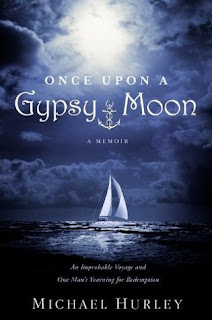 A memoir: Once Upon a Gypsy Moon by Michael Hurley - his two-year journey on a sailboat from Maryland south.

A mystery: Oscar Wilde and the Murders at Reading Gaol by Gyles Brandreth, sixth in the mystery series

Am almost finished with The Great Escape: A Novel by Susan Elizabeth Phillips for a book tour on Wednesday. Come back then to see my comments!

I have started yoga again after a winter break and back to a new teacher at the gym who is turning out okay, though I miss the Swami who teaches at the yoga studio. There are also good online yoga videos.

What's on your plate this Sunday, besides breathing sighs of relief that the tragic events in Boston are basically over?
- April 21, 2013