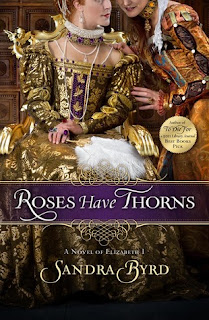 Publisher description: In 1565, seventeen-year-old Elin von Snakenborg leaves Sweden on a treacherous journey to England to witness the dizzying heights of Tudor power. Transformed through marriage into Helena, the Marchioness of Northampton, she becomes the highest-ranking woman in Elizabeth’s circle. But in a court surrounded by Catholic enemies who plot the queen’s downfall, Helena is forced to choose between her unyielding monarch and the husband she’s not sure she can trust–a choice that will provoke catastrophic consequences.

My comments: I may have read too many books about the Tudors recently and so was not blown away by this one, though I was entertained by the story of a lady-in-waiting whose loyalty to the queen allows her intimate access to Elizabeth I and her court. Elin, renamed Helena, has unquestioning loyalty to a queen who is temperamental, sometimes brutal and seemingly heartless, but who could also be generous and forgiving to those close to her.

An interesting section of the novel regarding Elizabeth's never marrying - Elin/Helena elicits personal comments from Elizabeth about her love for Robert Dudley, Earl of Leicester.


"I have loved Lord Robert since I was a girl," she said. "I am given to him in all manner but one. I had, and have, passion. But I put it under glass, Helena, lest it set my kingdom on fire."
.... "Then what, my lady?"
"Within weeks of my marriage to Robin this kingdom would fracture into factions like a shattered platter, never to be whole again." (ch. 11)

Elizabeth's later remarks to Elin, "Roses have thorns," is a warning to be careful in her actions and words. Elin has to remarry in secret, for instance, being afraid that Elizabeth would not give her permission to marry her second husband, Thomas. The queen retaliates by withdrawing favors, as expected, but then relents.

The stories of the imprisonment and execution of those who plotted against Elizabeth I, including her cousin Mary Queen of Scots, are well known historically and are retold in an interesting way in this novel of Elin's life at court.

I think the novel presents Elizabeth I in an overall flattering light, but I was annoyed with Elin, a Swede, for not questioning more the events going on in the English court and for her unrealistic and wholehearted support of the Tudor politics around her. This is of course from my 21st century point of view.

Overall, an entertaining novel and certainly informational for anyone not familiar with the history of the Tudors. 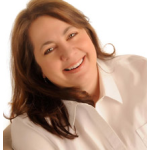 Sandra Byrd has published more than three dozen fiction and nonfiction books, including her Tudor series, To Die For: A Novel of Anne Boleyn. and The Secret Keeper: A Novel of Kateryn Parr, about the life of Henry’s last wife. She edits, mentors, and coaches and lives in the Seattle, Washington area.