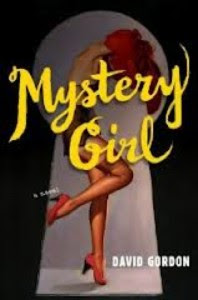 Publisher synopsis: Sam Kornberg is a failed novelist living in L.A. with a collapsing marriage. Desperate for work, he becomes the assistant to a portly, housebound detective named Solar Lonsky. His assignment to track a mysterious woman is the trigger for a story involving sexy doppelgangers, insane asylums, south-of-the-border shootouts, mistaken identities, video-store-geekery, and the death of the novel.

My comments: The mystery story surrounds an "art" film by an experimental filmmaker whose trilogy of films appeals to "cinephiles, Satanists, metal heads, stoners, and several deviants of all stripes." Since as a reader I don't really fit into any of these categories, the novel went over my head or below my head, unfortunately.

One of the themes of the novel is the "death of the novel," and the novel as an art form. Unfortunately, the attempts didn't work for me, and I saw it as a mishmash of story, author's thoughts, and the main character's philosophizing that didn't fit together well.

I saw this book as an experimental novel with lots of stream of consciousness, and detailed description of dress, scenery, background, and people as in a script for a film. As for the story, it got drowned in distractions, such as the subplot of the life of a novelist and the "noir film as art" sections. Perhaps a bit too avant garde for me? 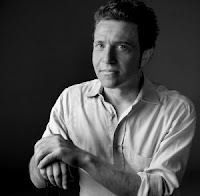 David Gordon holds an MA in English and Comparative Literature and an MFA in Writing, both from Columbia University, and has worked in film, fashion, publishing, and pornography. His first novel, The Serialist, won the VCU/Cabell First Novel Award and was a finalist for an Edgar Award. His work has also appeared in The Paris Review, Purple, and Fence among other publications. Visit David at his website.