Book Review: The Korean Word for Butterfly by James Zerndt 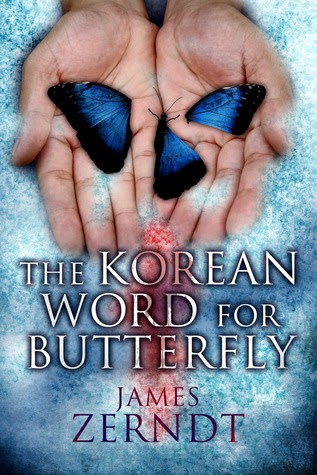 
First chapter: Joe and I were met outside the airport by a man in a black suit. He was holding a sign with our names on it just like you see in the movies. He told us he worked for the English school and his name was, get this, Moon. He spoke to us in this quiet, gentle voice that immediately put me at ease. To say I was on edge would been an understatement. Joe and I were frauds. There was no other word for it.

Book description: Set against the backdrop of the 2002 World Cup and rising anti-American sentiment due to a deadly accident involving two young Korean girls and a U.S. tank, the novel is told from three alternating points-of-view. This is a story about the choices we make and why we make them. It is a story, ultimately, about the power of love and redemption. (from goodreads)

My comments: I found this novel an interesting and enlightening look at the Korea of ten years ago, written by a former English teacher in Seoul. There is resentment and suspicion of the U.S. forces there, especially after two schoolgirls are run over by a U.S. military tank. The Koreans avoided mixing with foreigners and the cultural differences often made for uneasy relations between the two groups.

The novel makes the local people come alive in the persons of Moon and Yun-Ji, whose personal lives and problems we see and can sympathize with, to some degree. Moon's compassion for Billie and Joe, the two American teachers who pretend to be what they are not, and Yun-ji's friendship with an American soldier Shaun, eventually show hope in the edgy situation of American and Korean interaction in those times.

The cover of the book, showing a blue butterfly with its wings torn off, suggest to me the fragile nature of the U.S. presence in Korea then and perhaps even now, and the damage that could so easily be done. I recommend the novel for an insight into the multiple perspectives. 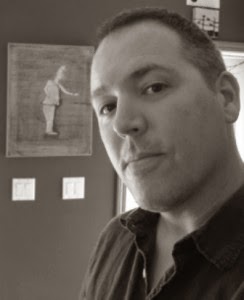 James Zerndt lives in Portland, Oregon, with his family. His poetry has appeared in The Oregonian Newspaper, and his short stories/fiction have won awards. He taught English in South Korea in 2002 and still loves the spicy Korean condiment, kimchi.  Visit the author on
Facebook: http://www.facebook.com/JamesZerndt
Twitter: https://twitter.com/ZerndtJ
Google+: https://plus.google.com/107437037060168201663/posts?partnerid=gplp0

See the tour list for other reviews of the book.
Thanks to Virtual Author Book Tours and the author for a review copy of this book.
at February 25, 2014

I love the intro and am very curious for me. Will look forward to your review.

Thanks for joining us this week.

I liked the opening and your review.

I loved the intro and your review - I was expecting something totally different based on the title and book cover.

This sounds like such an interesting book! Thanks for the review.

Great review. I am adding it to my TBR pile.

I do love the opener. Thanks for sharing, and now I want to know more.

This sounds like a book I would really like, especially given the cultural tension addressed. I love the cover.

The Korean Word for Butterfly sounds interesting and I like the cover.

I like the story setting and the opening, though I'm not sure about the cover - but that's a personal thing. Thanks for stopping by.

interesting--I'd read on. I like the idea of the novel having two points of view. Nice review. Thanks so much for stopping by today. kelley—the road goes ever ever on

Thanks for taking part in the tour. I'm so glad you enjoyed The Korean Word for Butterfly!

Frauds? The opening is excellent,and I'm glad you found this book interesting,Harvee.

This sounds like an excellent book. I'm always curious about other cultures and enjoy learning about them, which is easy to do while being entertained with a novel. I'll read this one!
My Teaser is from WILD.

I like the opening. It seems to start a little dry, which actually works at the beginning of certain books. The comment about being Frauds is interesting enough to create enticement to keep going.

I like the intro but also glad I got your comments. I think I'd like to read this one. It sounds like something to make one think.