Book Review: The Accident, a thriller by Chris Pavone 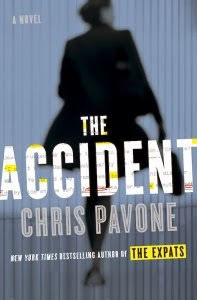 
She is going to fly to California to find herself a new career. She has always wanted to try the film business, and now is the time. But she can't just land in LA. She needs a parachute.
"Yes," Camilla says, "a brilliant property called The Accident." (ch. 14)

About the book: At least four people are at risk of losing their lives because they stole or held on to a copy of a manuscript titled The Accident, an expose of crimes committed by a powerful media mogul. The Accident is written by an anonymous writer who wants the book published; the CIA and the mogul, the subject of the book, do not.

The manuscript is sent anonymously to Isabel Reed, literary editor, who shares it with editor and former lover, Jeff Fielder, who are expected to have it published. But copies are secretly made and kept by various other people. This creates a fire storm that puts everyone in danger and cost some lives. Isabel and Jeff think they know who the anonymous author is, but he is supposed to be dead!

My comments: Suspenseful, well written and plotted, The Accident has engaging characters as well as riveting and dramatic action. A must for those who like thrillers mixed with international intrigue. The ending has a few more twists and turns and surprises than I was prepared for, but they did add a lot to the story's complex plot and interest. My objective rating: 4.5/5 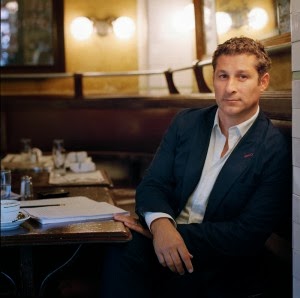 CHRIS PAVONE is the author of the New York Times-bestselling The Expats, winner of the Edgar Award. He was a book editor for nearly two decades and lives in New York City with his family.
Visit the author’s website at www.chrispavone.com.

Visit TLC Book Tours for more reviews and a tour schedule.
Thanks to TLC and the publisher for a review copy of this book.
- March 12, 2014