Book Reviews: The Marco Effect; and For the Dead 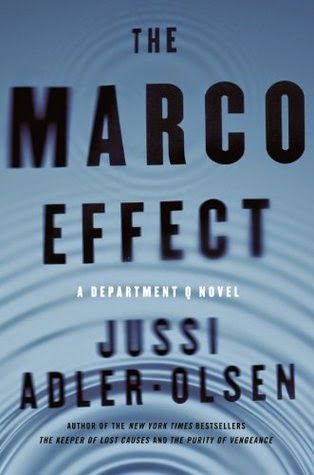 
I became quite attached to the young protagonists in these two mystery novels, two crime series books set in Bangkok, Thailand and in Denmark, respectively.

Thirteen-year-olds, Miaow and Andrew, in For the Dead, come across a stolen iPhone, a phone belonging to a hit man for a powerful and influential person in the upper echelons of the police department in Bangkok. The phone has pictures that would reveal a major plot and scandal. The two kids naturally become targets, but targets who, young as they are, add to the suspense as they help Poke Rafferty, fighting to keep them safe, resolve the complex case. For the Dead is the sixth in the Poke Rafferty mystery series by Tim Hallinan, to be released November 4, 2014. My thanks to Soho Press for an advance edition for review.

Fifteen-year-old Marco, in The Marco Effect, discovers a body buried by his uncle Zola and his cohorts, a gang of thieves that force youngsters to become pickpockets in the streets of Denmark. Marco discovers an even bigger and more significant plot linking to the dead man, and he is hunted by both Zola and these new enemies. How he helps the police and Department Q unravel the plot while hiding and running for his life is the main theme of this suspenseful novel. The Marco Effect by Jussi Adler-Olsen was published September 9, 2014 by Dutton Adult. My copy came from the library.

Book beginning of The Marco Effect:


Prologue
Autumn 2008
Louis Fon's last morning was as soft as a whisper.
He sat up on the cot with sleep in his eyes and his mind still a muddle, patted the little one who had stroked his cheek, wiped the snot from the tip of her brown nose, and stuck his feet into his flip-flops on the stamped clay of the floor.
He stretched, squinting at the light as the cackle of hens and the distant cries of boys as they cut bananas from the palms drifted into the sunbaked room.

I rated both The Marco Effect and For the Dead a 5! Great reading for lovers of international crime fiction with compelling plots, sympathetic characters, and unusual settings!