First Chapter, First Paragraph is hosted weekly by Bibliophile by the Sea. Share the first paragraph of your current read. 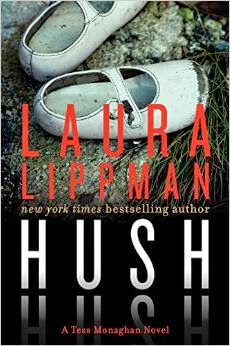 In a new book in her mystery series, Laura Lippman has her private detective Tess Monaghan in a mystery that plunges the new parent into a case involving murder and a manipulative mother.


The first note appeared on Tess Monaghan's car on a March day that was cranky as a toddler -- wet, tired, prone to squalls. But Tess did not know the note was the first of anything. There is no first until the second arrives. So this note was a mere curiosity, a plain piece of paper folded and placed under the windshield wiper on her car.

Book description: On a searing August day, Melisandre Harris Dawes left her two-month-old daughter locked in a car. Melisandre was found not guilty by reason of criminal insanity, although there was much skepticism about her mental state. Now that’s she’s a mother herself, private investigator Tess Monaghan wants nothing to do with a woman crazy enough to have killed her own child. But Melisandre’s lawyer has asked Tess to assess Melisandre’s security needs. Tess tries to ignore the discomfort she feels around the confident, manipulative Melisandre. But that gets tricky after Melisandre becomes a prime suspect in a murder.

Yet as her suspicions deepen, Tess realizes that just as she’s been scrutinizing Melisandre, a judgmental stalker has been watching her every move as well. . . .
The book is scheduled for release February 24, 2015.

What do you think? Is this a mystery novel you would continue reading?