Mailbox Monday lists your new books - downloaded, purchased, or sent to you in the mail.

Here is what I downloaded from Netflix and am currently reading. 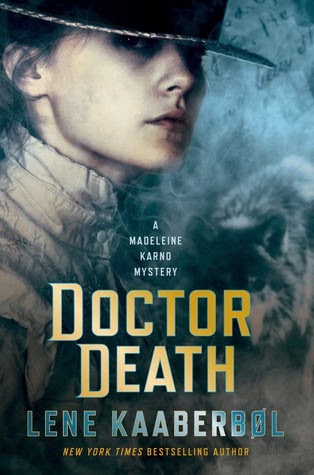 I don't read many books online or on my ereader, but this Danish thriller author is one of my favorite writers and this novel is intriguing as were her others, notably The Boy in the Suitcase (click on title to see my review).

Here is the publisher's description:

From the New York Times bestselling coauthor of The Boy in the Suitcase, a gripping historical thriller and poignant coming-of-age story set in nineteenth-century France. Madeleine Karno is an ambitious young woman eager to shatter the confines of her provincial French town. Driven and strong headed,

Madeleine is set apart by her unusual occupation: assisting her father, Dr. Albert Karno, in his job as a forensic doctor. The year is 1894, and a young girl is found dead on the snowy streets of Varbourg. Dr. Karno is called in to determine the cause of her death, but before he can examine the body, the girl’s family forbids the autopsy from taking place. The only anomaly he manages to find is in the form of a mite in her nostril. Shortly after, several other dead bodies are discovered throughout the city, and Madeleine, her father, and the city commissioner must use the new science of forensic evidence to solve the mysterious cases before they all become the next victims of a deadly disease—or of a heinous murderer.