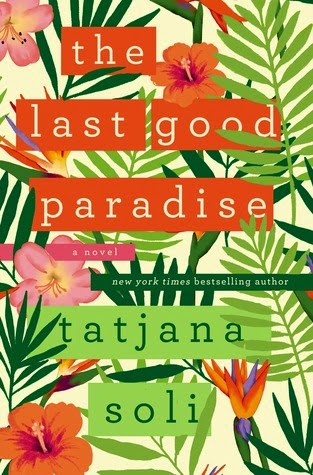 
A 7.1 tremor had been felt throughout the Southland that morning, the epicenter somewhere out in the hinterlands of Lancaster, unnerving residents, but the offices of Flask, Flask, Gardiner, Bulkington, Bartleby, and Peleg were seemingly immune. Ten floors up in the sybaritic conference room,the air conditioner purred; the air was filtered, ionized, and subtly scented of cedar. Ann looked out the plate glass windows at the expansive, gaseous hills of West Los Angeles as a contemplative might look out of her meditation temple. Smoke was opouring from a Spanish Colonial Revival house halfway up a nearby manicured hill, and as she watched, toylike, candy-colored fire engines curled up the narrow canyon roads to put it out. The glass was proofed; no siren sound reached them.


There was always the unforeseen lurking. What if she and Richard drowned or got eaten by sharks? What if they were killed for the money?

My comments: The above scenario in Los Angeles is what Ann, junior partner in a law firm, wants so desperately to escape. When her husband Richard and his business partner, Javi, must use all of their and her hard-won savings/earnings to pay Javi's exwife in her bid for extra alimony, Ann and Richard decide at the last minute to literally take their money and run, before creditors can withdraw the funds from their bank account. The couple flee the country with their money, leaving Javi to face his own music, and the two end up in a resort on a remote island in the South Pacific, where they however face new and challenging situations.

Interesting premise - a new life in paradise, remote and private. Complications ensue with the manager of the resort and with the other tourists, however, and the plot becomes complex and a bit complicated. I personallyl prefer more streamlined storytelling, but this is an entertaining escape into a Gaugin like environment, but one with problems nevertheless.

Richly atmospheric, the novel will be enjoyed by armchair travelers and those who love stories that show how complicated personal problems can unfold and yet be satisfactorily resolved.

TATJANA SOLI is a novelist and short story writer. Her New York Times bestselling debut novel, The Lotus Eaters, was the winner of the James Tait Black Prize, a New York Times Notable Book, and a finalist for the LA Times Book Award. Her second novel The Forgetting Tree was also a New York Times Notable book . Her stories have appeared in Zyzzyva, Boulevard, and The Sun, and have been listed in Best American Short Stories. She lives with her husband in Southern California.

Visit TLC Book Tours for other reviews of the book and a list of tour stops.
Thanks to TLC and the author for an ARE of this book for review.