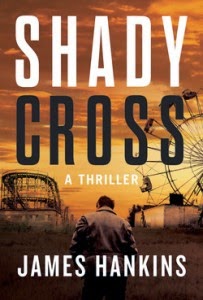 My comments: Small time crook Tom Stokes gets into big trouble when his motorcycle causes an accident on a deserted stretch of road. An oncoming car swerves to avoid Tom's motorcycle and goes off the road, smashing against a tree and killing its driver.

The driver is definitely dead, but Tom is surprised to find $350,000 in cash in the car. The money will solve his biggest problem - a loan shark sending toughs to recover their money from Tom. Tom's about to take off with the cash until he answers the dead man's cell phone and hears the tiny, scared voice of a child asking her father to hurry to ransom her from her threatening kidnappers.

Tom decides against his self-preservation instincts to find the child who is in danger and give over the ransom money, while dodging the police as well as the mafia types who are out for his blood.

Recommendation: An engrossing thriller that is also a character driven novel. Tom is someone you find yourself rooting for in spite of his shady past, his vacillations, and his many other faults. Tom is an unlikely and flawed hero who is saved by acts of heroism. A satisfying and suspenseful read that I recommend with a 5.0 rating. 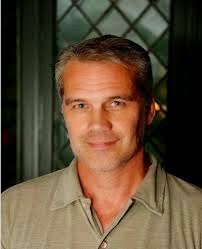 Bestselling author James Hankins attended NYU’s Tisch School of the Arts and received the Chris Columbus Screenwriting Award. He has written three popular thrillers, each of which spent time in the Kindle Top 100. Brothers and Bones received a starred review from Kirkus Reviews and was named to their list of Best Books of 2013, while both Jack of Spades and Drawn were Amazon #1 bestsellers. He lives with his wife and sons just north of Boston.

Thanks to TLC Book Tours and the author/publisher for an advanced reader's copy for review.
- February 25, 2015