Sunday Salon: Watching the Winter Birds as I Read

Welcome to the Sunday Salon where  share their reading each week. V The Sunday Post hosted by The Caffeinated Bookreviewer. Also visit It's Monday: What Are You Reading hosted by Book Journey, and Mailbox Monday.

Snowing again today, hopefully the last major snow of the year. Wishfult thinking, I know. The cardinals and finches are still coming to the feeder in front, with an occasional black-eyed junco, white-breasted nuthatch, and tufted titmouse. I have to clear out the snow in the open feeder, which is a mesh container, so the snow goes through if you sift it a little. 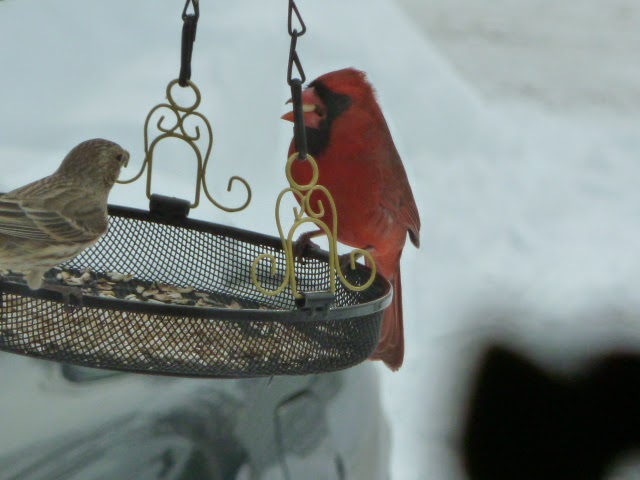 I also got my morning fresh air and exercise by shoveling snow from the front path and the sidewalk. Now for some more coffee!

Three new books arrived that I have not announced as yet. Here they are: 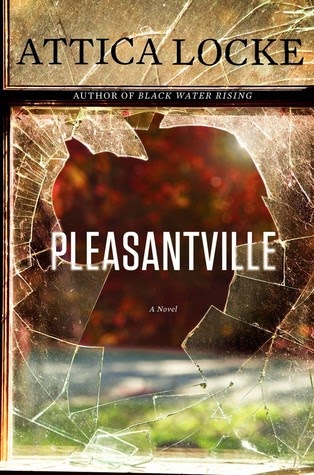 Pleasantville book description:
In this sophisticated thriller, lawyer Jay Porter, hero of Locke’s bestseller Black Water Rising, returns to fight one last case, only to become embroiled once again in a dangerous game of shadowy politics and a witness to how far those in power are willing to go to win.
Fifteen years after the events of Black Water Rising, Jay Porter is struggling to cope with catastrophic changes in his personal life and the disintegration of his environmental law practice. His victory against Cole Oil is still the crown jewel of his career, even if he hasn’t yet seen a dime thanks to appeals. But time has taken its toll. Tired and restless, he's ready to quit.
When a girl goes missing on Election Night, 1996, in the neighborhood of Pleasantville—a hamlet for upwardly-mobile blacks on the north side of Houston—Jay, a single father, is deeply disturbed. He’s been representing Pleasantville in the wake of a chemical fire, and the case is dragging on, raising doubts about his ability.
The missing girl was a volunteer for one of the local mayoral candidates, and her disappearance complicates an already heated campaign. When the nephew of one of the candidates, a Pleasantville local, is arrested, Jay reluctantly finds himself serving as a defense attorney. With a man’s life and his own reputation on the line, Jay is about to try his first murder in a case that will also put an electoral process on trial, exposing the dark side of power and those determined to keep it. (goodreads) 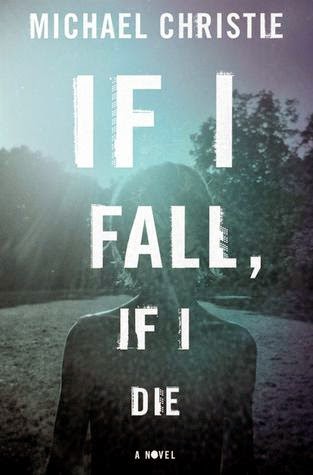 If I Fall, If I Die book description:
A heartfelt debut, by an exciting new voice in fiction.

Will has never been to the outside, at least not since he can remember. And he has certainly never gotten to know anyone other than his mother, a fiercely loving yet wildly eccentric agoraphobe who drowns in panic at the thought of opening the front door. Their little world comprises only the rooms in their home, each named for various exotic locales and filled with Will's art projects. Soon the confines of his world close in on Will. Despite his mother's protestations, Will ventures outside clad in a protective helmet and braces himself for danger.
He eventually meets and befriends Jonah, a quiet boy who introduces Will to skateboarding. Will welcomes his new world with enthusiasm, his fears fading and his body hardening with each new bump, scrape, and fall. But life quickly gets complicated. When a local boy goes missing, Will and Jonah want to uncover what happened. They embark on an extraordinary adventure that pulls Will far from the confines of his closed-off world and into the throes of early adulthood and the dangers that everyday life offers.
If I Fall, if I Die is full of dazzling prose, unforgettable characters, and a poignant and heartfelt depiction of coming of age. (goodreads) 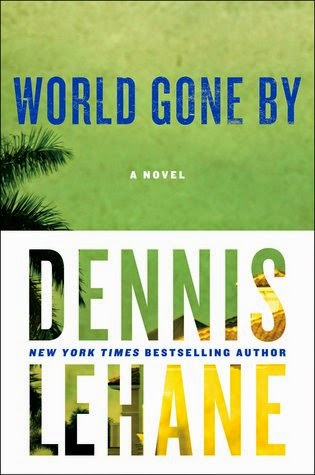 World Gone By book description:
Set in Cuba and Ybor City, Florida, during World War II, in which Joe Coughlin must confront the cost of his criminal past and present.
Dennis Lehane vividly recreates the rise of the mob during a world at war, from a masterfully choreographed Ash Wednesday gun battle in the streets of Ybor City to a chilling, heartbreaking climax in a Cuban sugar cane field.

World Gone By is a superb work of historical fiction from one of “the most interesting and accomplished American novelists” (Washington Post) writing today. (goodreads)

I have started at least two books which I decided not to finish, one a romance/women's fiction, and the other an historical, political thriller. However, a cozy on my Kindle caught my eye,
Death By a Honey Bee by Abigail Keem, the first in her mystery series.
so am enjoying that one while also reading a travel novel,
Phenomenal by Leigh Ann Henion. I'm enjoying both of these.

Email ThisBlogThis!Share to TwitterShare to FacebookShare to Pinterest
Labels: If I Die, If I Fall, Mailbox Monday, Pleasantville, Sunday Salon, World Gone By