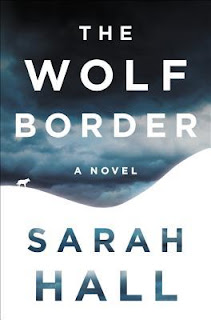 
It's not often she dreams about them. During the day they are elusive, keeping to the tall grass of the Reservation, disappearing from the den site. They are fleet or lazy, moving through their own tawny colourscape and sleeping under logs - missable either way. Their vanishing acts have been perfected. At night they come back. The cameras pick them up, red-eyed, muzzles darkened, returning from a hunt. Or she hears them howling along the buffer zone, a long harmonic. One leading, then many.At night there is no need to imagine, no need to dream. They reign outside the mind.

My comments:
Zoologist Rachel Caine leaves the wildlife park in Idaho where she has worked with and studied its sizable wolf population. She returns home to Cumbria in England where she reconnects with her mother and her younger brother, having secured a job with a wealthy Earl to reintroduce the grey wolf to the British Isles. Two wolves would be imported from Romania, a breeding pair, and confined in a large enclosed and self sustaining park in the Lake District area.

The story is compelling with the "What Ifs" that it proposes. Of course, not everything goes as the Earl assumes, and humans and nature have a way of interfering with best laid plans. Can there really be a border when it comes to wildlife? This leads to some suspenseful events that kept me reading.....

I also liked the character of Rachel, the reluctant zoologist, who at first had turned down the Earl's offer to work with his wolf project, but accepted it later on under duress when she has to leave Idaho for very personal reasons. How Rachel copes with her personal life, her formerly estranged family, and her love interests add a lot to the whole story of her involvement in the wolf project.

Rating: Excellent plotting, characterization, and writing made me easily give this novel five stars. 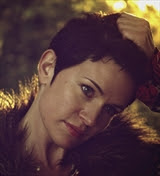 Sarah Hall was born in 1974 in Cumbria, England. She received a master of letters in creative writing from Scotland’s St. Andrews University and has published four novels. Haweswater won the Commonwealth Writers’ Prize (overall winner, Best First Novel) and a Society of Authors Betty Trask Award. The Electric Michelangelo was shortlisted for the Man Booker Prize, the Commonwealth Writers’ Prize (Eurasia Region), and the Prix Femina Étranger, and was longlisted for the Orange Prize for Fiction. Daughters of the North won the 2006/07 John Llewellyn Rhys Prize and the James Tiptree Jr. Award, and was shortlisted for the Arthur C. Clarke Award for science fiction. How to Paint a Dead Man was longlisted for the Man Booker Prize and won the Portico Prize for Fiction. In 2013 Hall was named one of Granta‘s Best Young British Novelists, a prize awarded every ten years, and she won the BBC National Short Story Award and the E. M. Forster Award from the American Academy of Arts and Letters.

Check the TLC tour schedule for other reviews of the book.


Thanks to the publisher and TLC Book Tours for a review galley of this novel.
- June 12, 2015