A relative is taking a trip to Yorkshire, England where a friend's choir will perform this summer. When he mentioned that there might not be much to see and do, I reminded him that Charlotte Bronte and her sister Emily Bronte lived in a Yorkshire village at the edge of the moors. I imagine the moors to be still an atmospheric place, one that gave rise to Jane Eyre and Wuthering Heights. In any case, I would love this kind of trip, especially in the bicentenary of Charlotte's birth.

Once I had started reading the short stories inspired by Jane Eyre, Reader, I Married Him written by contemporary women authors, I seemed to find articles and books about Charlotte Bronte everywhere.  There is a reason for this.


"This year the Brontë literary-industrial complex celebrates the bicentennial of Charlotte’s birth, and British and American publishers have been especially busy." (from "The Bronte's Secret" in The Atlantic Monthly)

The most recent Atlantic Monthly article by Judith Schulevitz:

The sisters turned domestic constraints into grist for brilliant books. (The Atlantic Monthly)
The article lists some of the biographies and other books that have been published recently about or inspired by the Brontes:

In the U.S., there is a new Charlotte Brontë biography by Claire Harman (A Fiery Heart); a Brontë-themed literary detective novel; a novelistic riff on Jane Eyre whose heroine is a serial killer; a collection of short stories inspired by that novel’s famous last line, “Reader, I married him”; and a fan-fiction-style “autobiography” of Nelly Dean, the servant-narrator of Wuthering Heights. Last year’s highlights included a young-adult novelization of Emily’s adolescence and a book of insightful essays called The Brontë Cabinet: Three Lives in Nine Objects, which uses items belonging to Charlotte, Emily, and Anne as wormholes to the 19th century and the lost texture of their existence. (Schulevitz, The Atlantic Monthly)

The article also references Lucasta Miller in The Brontë Myth, her 2001 history of Brontëmania.


The article also discusses the Bronte sisters as writers. They were "quiet subversives" pointing out injustices in the treatment of teachers and governesses, jobs that they themselves held for a time, and making use of their narrow lives at home to write.

After re-reading Jane Eyre, I am getting a better sense of how the short stories in Reader, I Married Him relate to the novel. 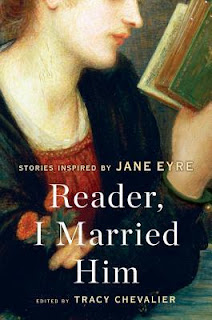 The next Bronte book I plan to tackle is a novel, pure fiction, but another inspired by the Brontes: 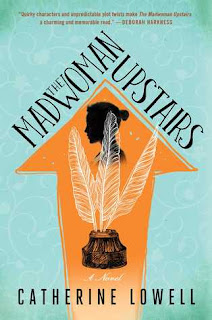 The Mad Woman Upstairs by Catherine Lowell, published March 1, 2016. "...the only remaining descendant of the Brontë family embarks on a modern-day literary scavenger hunt to find the family's long-rumored secret estate, using clues her eccentric father left behind." (publisher)

--
Visit the Sunday Salon, where bloggers share their reading each week, and The Sunday Post hosted by The Caffeinated Bookreviewer. Also visit It's Monday, What Are You Reading? hosted by Book Date.
- May 22, 2016