A Young Adult novel and coming-of-age story that adults and the young will enjoy. 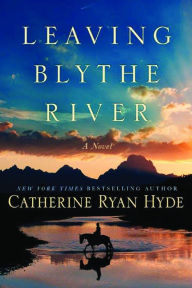 Ethan Underwood is only seventeen-years-old, scrawny and looking young for his age. He is determined to find his missing father whom he was visiting at Blythe River, when his father didn't return from his daily run in the woods.

Ethan tries going alone with his dog to find his dad in the wilderness, but defeated, is finally helped by three local people who accompany him into the deep woods. Ethan does not want to give up, although the others later think their continued search will be fruitless. How he handles this challenge and becomes confident enough to push ahead is the subject of this book. This is basically a coming-of-age novel, set in a natural wilderness, lovely but treacherous in areas. We follow Ethan as he makes decisions, becomes determined and more confident along the way.

The novel is well-written with characters we come to care about and a suspenseful search we take along with Ethan and his older, more seasoned pals.  I wished for a different ending in terms of how the father and son defined their relationship, but I guess it was more realistic.

Definitely a five star read that YA readers and older adults will enjoy.


Three months before his father disappeared

Ethan remembers the shaking most clearly. Probably because it was the first moment of the shaking. The most familiar of things making an initial appearance.

When he thinks back on that night, it's that bone-deep trembling - the out-of-control shivering, the chattering teeth - that still feels vivid. He tried to stop it, to calm it. But he was powerless, in more ways than one. 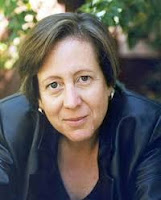 About the author:
Catherine Ryan Hyde is the author of thirty published and forthcoming books. Her bestselling 1999 novel Pay It Forward, adapted into a major Warner Bros. motion picture starring Kevin Spacey and Helen Hunt, made the American Library Association’s Best Books for Young Adults list and was translated into more than two dozen languages for distribution in more than thirty countries. Her novels Becoming Chloe and Jumpstart the World were included on the ALA’s Rainbow List; Jumpstart the World was also a finalist for two Lambda Literary Awards and won Rainbow Awards in two categories. More than fifty of her short stories have been published in many journals, including the Antioch Review, Michigan Quarterly Review, the Virginia Quarterly Review, Ploughshares, Glimmer Train, and the Sun, and in the anthologies Santa Barbara Stories and California Shorts and the bestselling anthology Dog Is My Co-Pilot. Her short fiction received honorable mention in the Raymond Carver Short Story Contest, a second-place win for the Tobias Wolff Award, and nominations for Best American Short Stories, the O. Henry Award, and the Pushcart Prize. Three have also been cited in Best American Short Stories.

Thanks to TLC Book Tours and the publisher for a review copy of this book.