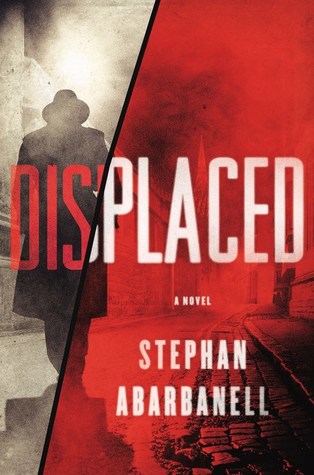 Published November 7, 2017; Harper
Genre: historical thriller
British-occupied Palestine, 1946: Elderly writer Elias Lind isn’t convinced by reports that his scientist brother, Raphael, died in a concentration camp. Too frail to search for Raphael himself, Elias persuades a contact in the Jewish resistance to send someone in his place.

Book beginning:
Dusk was already beginning to fall when the bus came to a standstill in a dip between Deir Ayub and Bab el-Wad. The driver struck the steering wheel with the flat of his hand, jumped up from his seat and grabbed a canister of water. He threw open the bonnet of the Dodge and tried to unscrew the hissing radiator with a handkerchief wrapped around his hand. None of the passengers on board said a word The fanning of newspapers and the chirping of crickets were the only sounds that broke the silence. Flies had found their way in through the open door, along with the heat that peeled away from the ground on June days.

Page 56:
'....A postcard came from Berlin for my birthday, unsigned. But I knew his handwriting. A few weeks later, it was leaked that his last article was published under my name.'

What new books are you reading this weekend?
Memes: The Friday 56. Grab a book, turn to page 56 or 56% of your eReader. Find any sentence that grabs you. Post it, and add your URL post in Linky at Freda's Voice. Also visit Book Beginning at Rose City Reader
at March 02, 2018

My Friday 56 from Witch Creek

This sounds like an intriguing thriller. I like the time period. I'm spotlighting Lake Silence by Anne Bishop - her latest set in the world of The Others. Happy reading!

Ah, very tempting. Thanks for sharing, and here's mine: “SUNBURN”

This looks like an interesting story. Enjoy your current read!

Oh this one looks good. The 56 especially makes me wonder what's going on and makes me want to read more.

Sounds interesting...love that 56, I'd love to know what happens.
Have a great weekend :)

Sounds like an emotional read, but often they are good! Happy weekend!