Sunday Salon: The Woman in the Moonlight by Patricia Morrisroe

Fall is here and temps went down to the high 30s last night. It'll be warmer the rest of the week but not by very much, 40s at nights. I don't mind the pleasant weather and hope it stays this way till December!
I'm still listening to All the Devils Are Here by Louise Penney, and am in the middle of the ebook version of  The Woman in the Moonlight by Patricia Morrisroe, published September 1, 2020,  Little A; Kindle Unlimited
Genre: historical fiction featuring the composing life of Beethoven and the Moonlight Sonata
Setting: Vienna, Naples, early 1800s
This is a novel about Beethoven and one of his first loves, Countess Julie Guicciardi, to whom he dedicated his Midnight Sonata. The two did not marry, but she continued to watch his progress as a famed composer over the years while she was married with several children of her own.
Beethoven was a driven, compulsive, but gifted artist, rough looking. Maybe because of his temperament, he never married. He had many lovers and women fell in love with him. Though the character of the composer may be based on fact and research, The Woman in the Moonlight is described as a "fantasia" by the author, a fleshed out story, her imagination filling in the bare facts known regarding the composer and the woman for whom he wrote the Midnight Sonata.
In any case, I am a bit scandalized by the goings on of  men and women in the early 19th century in Europe, in particular the nobility and the artists and musicians they sponsored and supported.  Mistresses were commonplace, and in the novel, Countess Julie is even propositioned by the wife of a count to have Julie bear her husband a child. There is more, but I won't go into it.
What are you reading this week?

Email ThisBlogThis!Share to TwitterShare to FacebookShare to Pinterest
Labels: historical fiction, It's Monday, Sunday Salon, The Woman in the Moonlight

Your book looks really good. Enjoy! Thanks for sharing, and here are my WEEKLY UPDATES

Wow. The high 30s is winter for us. It sounds like you are enjoying the refreshing weather. The universe decided to send us another hurricane this week. So far, just a lot of rain.

The Woman in the Moonlight sounds fascinating. Beethoven is a person I don't know a lot about, and his life seems intriguing.

I hope you have a great week!

Sounds an interesting story and the setting is good too.

That book sounds like one I'd love. I enjoy reading books about musicians. Enjoy!

Glad your enjoying it. The hedonistic behaviour of the upper class rivalled any working class bawdy club.

Your mention of Louise Penny has led to my thinking about Still Life. I might read it one day.

The setting look good. Glad you are enjoying it! 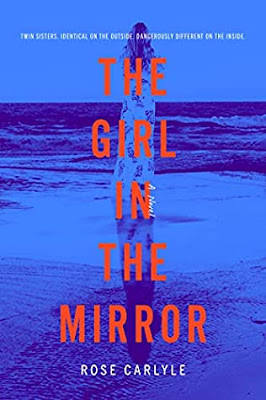