Every Tuesday, readers post the first paragraph of a book they are currently reading or plan to read. 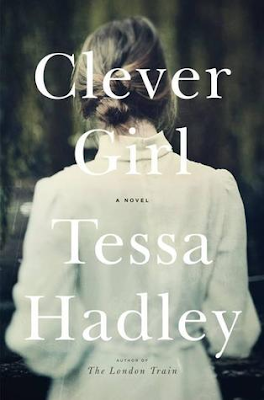 My mother and I lived alone. My father was supposed to be dead, and I only found out years later that he'd left, walked out when I was eighteen months old. I should have guessed this -should have seen the signs or the absence of them. Why hadn't we kept any of his things to treasure? Why whenever he came up in conversation, which he hardly ever did, did my mother's face tighten, not in grief or regret but disapproval - the same expression she had if she tasted some food or drink she didn't like....

I only now realize I have read this book before, in 2014 just before it was published in March that year.  Here is the short review I wrote on goodreads:

More character driven than plot driven. This is the story of Tessa Hadley, from a young girl to a rebellious teen, single mother, wife, and middle aged woman. Well written, poetic in parts.

The novel is narrated by the main character, Stella, a "clever girl" who only realizes her full potential later, after "going off track" during the rocky stages of her teen years and single motherhood. I enjoyed reading it again and got much more from it the second time around!

This sounds good Harvee, I don't recall the title but, have read a few by this author.

I remember reading this book! It was interesting...and I still recall some details, which is unusual. Thanks for sharing, and here's mine: “AT THE EDGE OF THE HAIGHT”

I think I'd enjoy this book since I love family relationship stories. Have a great week!

great fascinating beginning, I want to know why!
Here's mine https://francebooktours.com/2021/01/26/loving-modigliani-first-chapter-first-paragraph/

I don't think I've read this book (as others have). Based on your comments, I think I'd like it.

This sounds really good. I do enjoy family dramas.

Not remembering which book I have read has happened to me. It's so frustrating. At least, you had the stamina to finish it again.