Welcome to the Sunday Salon! Click on the logo if you wish to join in!

I'm reminded everywhere on the news and on blogs about today's date, Oct. 10, 2010. Hopefully it will be an auspicious and happy day!

Another reason I remember Double Ten is the Wuchang uprising in China that began on Oct. 10, 1911. This led to a year long revolution that overthrew the 4,000 year-old Qing Dynasty. The Republic of China under the guidance of Sun Yat Sen was formed. In Taiwan, Oct. 10 is considered their Independence Day. Information on this piece of history is in an article on the The Origins of Double Ten Day by Andrew Bullen.

It's interesting too that two days ago, Chinese jailed dissident Liu Xiaobo was awarded the Nobel Prize for Peace, though we don't know if he will be released anytime soon.

On the homefront, I've been reading, but again, not reviewing! Here are some thoughts on recent reads, however. 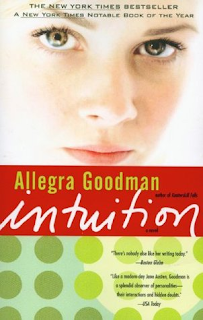 by Allegra Goodman, published March 13, 2007, surprised me. I hadn't expected such a good book even though it was on the New York Times bestseller list. I gave a near-5 to this novel about the competitive, frustrating, but sometimes highly rewarding world of scientific research and funding in the fight for cures for cancer and other diseases. Intuition, the novel implies, plays a part in how research is conducted and evaluated. 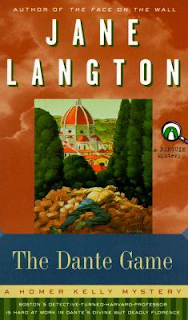 by Jane Langton, June 1, 1992, was another book I read and liked. This one I thought was a 4. I liked the setting in Florence, Italy and the sketches of the buildings and streets that were scattered throughout the mystery novel. Some Americans are in Italy to teach Italian literature, language, and history to international students. However, when there are several murders at the school, trouble is seen as brewing in this beautiful and artistic city, and especially at the school. The plot involves the Pope, his anti drug campaign, and some ruthless businessmen and officials.

I am now reading Barry Eisler's Fault Line: A Novel

, about missing videotapes of torture of political prisoners, blackmail, and a particularly terrifying villain.

My new poetry blog is up, with two entries so far. It's Strummed Words, and I hope you'll visit it!

Both books look interesting, especially The Dante Game. Hope you have a great week.

The two books look intriguing...Allegra Goodman is a familiar name. I will have to see what else she's written, as I think I must have read one.

Not heard of the 2 books that you have mentioned. I did not know about the Chinese link :)

All month my class has been anticipating when the date on the board will read 10-10-10. Of course, we have no school today, so they'll have to wait until next year when it's 11-11-11. Assuming that's not a holiday or weekend, either! Have a beautiful week to come!

Allegra Goodman is a really fantastic writer; I haven't read this one but I have it around somewhere. Thanks for reminding me why I shouldn't get rid of it! :-)

Dante's Game looks pretty interesting. I will have to look it. Btw, I hope you are feeling much better now!