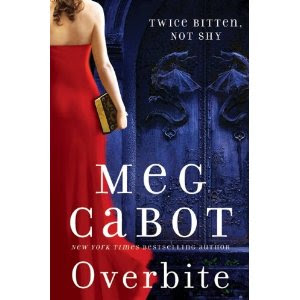 Summary: The follow up to Insatiable is almost as good as the first book! Meena Harper has gotten over her ex-boyfriend, Lucien Anton­escu, son of Dracula, the prince of darkness. But has she? She has been recruited by the Palatine Guard, a secret unit of the Vatican dedicated to hunting and destroying all vampires/demons. But Meena insists that Lucien, only part vampire because of his angelic human mother, still has the capacity to love. The rest of the vampire world is interested in Meena because they hope to tap into her ability to predict how everyone she meets will die.

Her partner in the Palatine Guard, Alaric Wulf, is not convinced, however, that Lucien is anything but pure evil. There are new threats from the vampire world, something unusual and more sinister that even Lucien doesn't know about. Father Henrique—aka Padre Caliente— has also been assigned to the case.

Meena tries to shield Lucien while she and Alaric hunt down these new and more vicious vampires that are unknown even to Lucien, the supposed head of all demons. Meena is torn between her growing attraction to Alaric and her lingering love for Lucien. The fight between the demon slayers and the new breed of vampires hunting both Meena and Lucien  comes to a head with a surprising twist.

Comments: Overbite is just as interesting and entertaining as the first book, Insatiable. I was hoping for a third in the series but it seems that may not happen, based on how the story ends. But read it for yourself and make that judgement!
at July 16, 2011

I'm thrilled that they're both great reads!! I have them sitting right next to each other so I can read them back to back.

This is very very good indeed. I have to get my paws on them. Thanks for sharing. :)