My comments: I felt that this murder mystery was written more for opera buffs, opera singers, and opera theater production crews rather than for the general mystery reader. My interest  began to flag by page 80 because of the infinite details of costume, casting, and other production and rehearsal problems with the singers, director, producers, etc. that only a theater cast could fully appreciate. The focus was not squarely on developing the murder mystery plot itself, I thought, although some suspense was injected with the appearance of a "ghost" in Debbie's room, and the tales of a Lady in White who haunts the opera house, and of course much later in the book with the unexplained deaths of cast members.

It seems the writer wanted to write about theater production and the conflicts and jealousies among divas and other members of a cast, as well as write a murder mystery. The book is neither all one or the other. With some stiff editing, it could be more successful as a mystery. 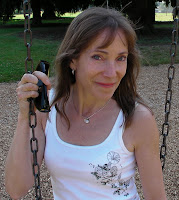 A copy of the book was provided for review through Tribune Books Tours.