"When librarian Tori Sinclair's philandering ex turns up dead, the police chief believes Tori may have been involved. Only the girls from the sewing circle will be able to help keep her life from coming apart at the seams..."  (publisher) 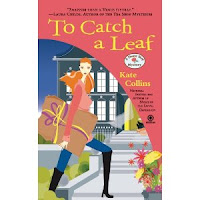 "Flower shop owner Abby Knight is happily engaged to her longtime beau, Marco Salvare. But when wealthy dowager Virginia Newport is killed and Abby's assistant is the prime suspect, Abby 'll have to save her friend and throw a killer and a thief in jail..." (publisher) 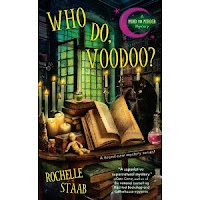 Title: Who Do, Voodoo? (A Mind for Murder Mystery) by Rochelle Staab
Paperback: 304 pages; Berkley

"Clinical psychologist Liz Cooper doesn't believe in ghosts. But when her best friend finds a tarot card tacked to her front door-and is then accused of murder-Liz will have to find a way to embrace the occult if she wants to outwit the real killer..." (publisher)

"The crochet group's informal leader, actress CeeCee Collins, has a movie out, and is to appear on the Barbara Olive Overton Show. When CeeCee's niece is accused of poisoning one of the producers, the Tarzana Hookers crochet group must clear her name before someone else dies..." (publisher) 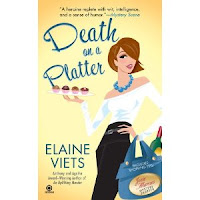 "Josie Marcus plans to sample the local St. Louis cuisine for a City Eats food tour. But at Tillie's Off the Hill Italian Restaurant, another customer is poisoned. It's up to Josie to find a killer who has no reservations about preparing a dish to die for..." (publisher) 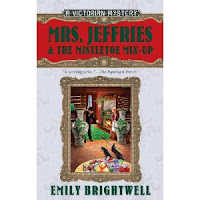 "Under a bundle of mistletoe, art collector Daniel McCourt lies with his throat slit, a bloody sword next to his body. Inspector Witherspoon is determined to solve the case before Christmas Eve, with the help of the sharp-witted housekeeper, Mrs. Jeffries, who has her own theories on why McCourt had to die by the sword." (publisher)
- October 31, 2011