Teaser Tuesdays is hosted by MizB; choose sentences from your current read and identify author and title for readers.  First Chapter, First Paragraph is hosted by Bibliophile by the Sea. 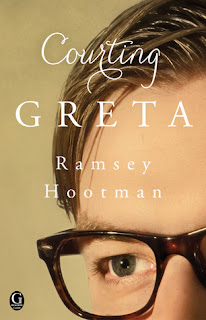 "Samuel watched his brother's big hands walk over the steering wheel, turning the pickup into the campus parking lot. He should have driven himself. No one who saw his prematurely graying hair would mistake him for a teenager, even as small as he was, but being dropped off still felt juvenile.The stupid things he did to make his brother feel useful. Samuel shifted, adjusting his seat belt, and double-checked to make sure the bus schedule was in his pocket."

Publisher's description: Samuel Cooke knows most women wouldn't give him a second glance. He's the cripple with the crutches, the nerdy computer genius. When he leaves his lucrative career to teach programming to high schoolers, Greta Cassamajor catches him off guard. She is the sarcastic gym coach with zero sense of humor, and no beauty - not even on the inside. But an inexplicably kind act toward Samuel makes him realize she is interesting.

Samuel is certain she won't accept his invitation to dinner - so when she does, he's out of his depth. All he knows is that he'll do whatever it takes to keep her as long as he can. Ramsey Hootman upends traditional romance tropes to weave a charming tale of perseverance, trust, and slightly conditional love."

Based on the opening sentences/teaser, would you continue reading?
- June 25, 2013