New Arrivals: Mailbox Monday, It's Monday; and Stacking the Shelves

This post lists new books and links up to It's Monday; What Are You Reading? at Book Journey; to Mailbox Monday hosted by Dolce Bellezza; and to Stacking the Shelves by Tynga's Reviews

Two ARCs for review - mystery series that I have been eagerly following:

The Sound and the Furry: A Chet and Bernie Mystery by Spencer Quinn features the "K-9 flunk-out" Chet, and his human partner, private detective Bernie. The story is told by the dog Chet, whose point of view is both amusing as well as astute. But Chet has great atrributes for a PI - a strong sense of smell, sight, a powerful jump, and devotion to his human in this detective duo series.

The Case of the Love Commandos: A Vish Puri Novel by Tarquin Hall, is the fourth in the mystery series. In a contemporary Romeo and Juliet story set within India’s caste system, private investigator Vish Puri faces a high-stakes mystery. When Ram and Tulsi fall in love, the young woman’s parents are dead set against the union. Fortunately, India’s Love Commandos, a real-life group of volunteers dedicated to helping mixed-caste couples, successfully free Tulsi, but Ram has gone missing. Vish Puri's job is to find him. (book description)

Accidents Happen by Louise Millar, a new thriller: Kate Parker has weathered the unimaginable  - her parents died in a traffic accident on her wedding night, and her husband, Hugo, was murdered in a tragic break-in. All she has left is her young son, Jack, and determined to make a better future for him, she attempts to pull her life back together. But are she and her son safe? (book description)

The White Forest by Adam McOmber, a Gothic historical novel.
Book description: Jane Silverlake is able to see the souls of man-made objects—and this talent isolates her from the outside world. She finds solace in her only companions, Madeline and Nathan, but their idyll is shattered by Nathan’s interest in a cult led by a charismatic mystic popular with London’s elite. A year later, Nathan has vanished, and the famed Inspector Vidocq arrives in London to untangle the events. As a sinister truth emerges, Jane must discover the origins of her talent, and use it to find Nathan herself, before it’s too late. 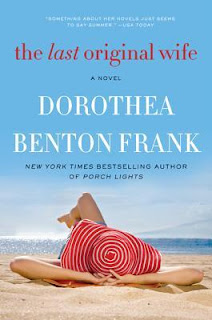 The Last Original Wife by Dorothea Benton Frank, Southern fiction.
Leslie Anne Greene Carter is the last original wife among her husband's group of cronies. They've all traded in their first wives for riper peaches: younger . . . blonder . . . more enhanced models. Leslie is proud of her status and the longevity of her marriage.... until the day, out golfing with her husband and his friends, she slips into a manhole. And nobody realizes that she's gone.

That one misstep opens Leslie's eyes to the sham her perfect life has become. With the healing powers of South Carolina's lush white beaches, candy-colored sunsets, and fiesty and funny residents, Leslie is going to transform herself and reclaim the strong, vibrant, sexy woman she was meant to be. (book description) 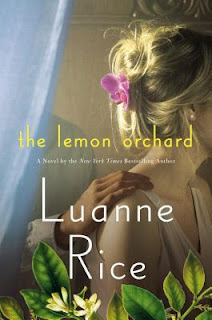 The Lemon Orchard by Luanne Rice, women's fiction and romance set in Malibu and the Santa Monica mountains.
In the five years since Julia last visited her aunt and uncle’s home in Malibu, her life has been turned upside down by her daughter’s death. As she house-sits with only her dog, Bonnie, for company, she finds herself drawn to the handsome man who oversees the lemon orchard. Roberto expertly tends the trees, using the money to support his extended Mexican family. What connection could these two people share?

The answer comes as Roberto reveals the heartbreaking story of his own loss—a pain Julia knows all too well, but for one striking difference: Roberto’s daughter was lost but never found. And despite the odds he cannot bear to give up hope. (book description)