Book Review: Evil and the Mask by Fuminori Nakamura 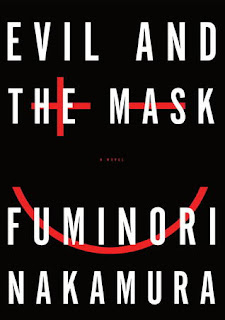 My comments: I gave this 4.5/5. This is on the surface a story of a wealthy business family who has raised certain sons over generations to become "cancers,"  training them to become destructive to society.

The book uses this narrative to ponder what the action of killing does to individual people, whether they are soldiers, terrorists, or civilians.

Well worth reading for the topics it brings up that make us consider. Excellent book for discussion.

When Fumihiro Kuki is eleven years old, his elderly father calls him into his study for a meeting. "I created you to be a cancer on the world," his father tells him. It is a tradition in their wealthy family: a patriarch, when reaching the end of his life, will beget one last child to dedicate to causing misery in a world that cannot be controlled or saved. Fumihiro is to be specially educated to create destruction and unhappiness in the world around him. Every door is open to him, for he need obey no laws and may live out any fantasy he might have, no matter how many people are hurt in the process.

But as his education progresses, Fumihiro begins to question his father's mandate, and starts to resist.


Thanks to Soho Press for an ARC copy for review.