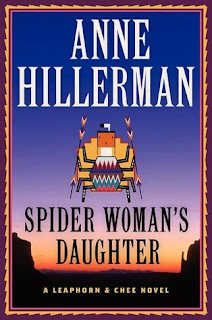 It happened in an instant: Navajo Nation Police Officer Bernadette Manualito saw a truck squeal into the parking lot and heard a crack of gunfire. When the dust cleared, someone very close to her was lying on the asphalt in a pool of blood.

Every officer in the squad and the local FBI office are hellbent to catch the gunman. Bernie, too, wants in on the investigation, despite regulations  forbidding eyewitness involvement. Her husband, Sergeant Jim Chee, is put in charge of finding the shooter.

Pooling their skills, Bernie and Chee discover that a cold case involving his former boss and partner, retired Inspector Joe Leaphorn, may hold the key to the shooting. Digging into the old investigation with fresh eyes, husband and wife inch closer to the truth with every clue . . . and closer to a killer who will do anything to prevent justice from taking its course." (publisher) 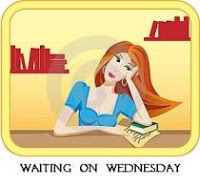 What new release are you waiting for?

How exciting! I hope you love this one...I'm putting it on my list. Here's MY WOW POST

I've never read any of this series, but it's interesting that the author's daughter has taken it over.

Oh wow... I wonder how the series would be like.

I don't read a lot of mysteries but this one does sound good.

Sounds good, and cool that the authors daughter took over.

This sounds like it will be worth the wait! (I have so many books I need to read--I'm not waiting for new ones!)

I do not know much about this series but it can be nice when an authors child revives a series. Hopefully in this case Hillerman will do a good job. Occasionally this does not work. I think about Frank Herbet's son's revival of the Dune series. I really do like that particular result.

Great choice! This looks interesting.
my WOW and giveaway

Loved his books!! so very cool that his daughter is keeping the series alive! Great pick.

I especially enjoyed the history and customs of the area and Navaho tribe that were included in the work of her father. Hope she follows that same path.