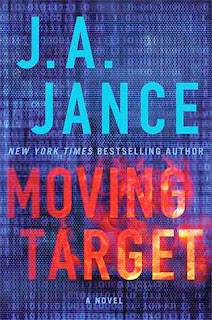 
"Maybe you weren't wrong," Ali said. "Back in that era and even now, I have a feeling, there have been more than a few gay people who married and stayed married for camouflage reasons."

Leland shook his head. "Maybe so," he said.


Lance Tucker had always hated ladders, but between climbing up and down a ladder in the recreation hall and sitting through another one of Mrs. Stone's endless GED classes, there was no contest. Climbing the rickety ladder to decorate the nine-foot Christmas tree was definitely the lesser of two evils.

Book description:
Lance Tucker, a juvenile offender and talented hacker, is set on fire one night and severely burned while hanging Christmas decorations in a lockup rec room. B. Simpson, Ali Reynolds's fiancé and the man who helped put Lance in jail, feels obliged to find out what happened. With Ali off in England helping Leland Brooks at a family reunion, B. turns to Taser-carrying nun, Sister Anselm, for help.

Meanwhile, in England, Ali investigates the decades-old murder of Leland's father, which Leland himself was once suspected of committing. With unsolved murders here and in England, Ali, B., and Sister Anselm are united by their search for answers and the jeopardy they get into as a result. (publisher)

Would you keep reading Moving Target, based on the excerpts and book description?