Welcome to the Sunday Salon! Also visit The Sunday Post hosted by The Caffeinated Bookreviewer; It's Monday: What Are You Reading? at Book Journey.

A reluctant spring is here, sprinkled with snow and dropping below freezing at times. No bud or sprig dares show its head in this still frigid cold. Only more birds singing...a good sign. I'm more than ready to come out of hibernation. The temps are back in the 20s today after teasing us with 50s last week.

Fans of Mary Higgins Clark will be glad to know about her new thriller to be released April 1, 2014 by Simon & Schuster:
"When Laurie Moran’s husband was brutally murdered, only three-year-old Timmy saw the face of his father’s killer. Five years later his piercing blue eyes still haunt Timmy’s dreams. Laurie is haunted by more—the killer’s threat to her son as he fled the scene: “Tell your mother she’s next, then it’s your turn . . .”
Now Laurie is the producer of a true-crime, cold-case television series to launch with the twenty-year-old unsolved murder of Betsy Powell, a socialite found suffocated after a gala celebrating the graduation of her daughter and three friends. Reopening the case with the cooperation of the surviving guests that night, Laurie is sure to have a hit on her hands. But when the estranged friends begin filming, it becomes clear each is hiding secrets . . . small and large. And a pair of blue eyes is watching events unfold, too . ."(publisher)

I was one of five winners of a new e-book in a contest by the prolific Southern author, Peggy Webb:
"An unwed mother looking for a miracle… A wounded war hero living in the shadows… A grandfather praying for a silver lining… They never expected that miracles come in the most unlikely ways. Poignant and touching with lovely dashes of humor, this story will haunt you for a long time to come." (publisher)
Enjoying the descriptive writing. 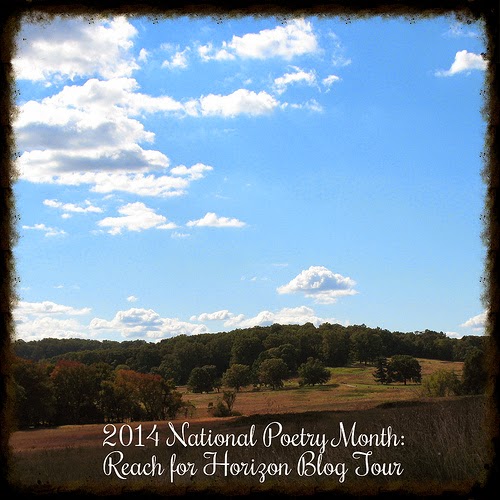 Did you know that April is National Poetry Month?
The National Poetry Month Blog Tour hosted by Serena of Savvy Verse and Wit in April will feature bloggers posting on selected poets and their poems. On April 11 I will share thoughts on a favorite poem by Gerard Manley Hopkins, "Spring and Fall: To a Young Child."  Contact Serena re signing up for the tour!

My next book tour will be March 26, a review of The Riot by Laura Wilson, a mystery novel set in racially charged 1950s London.

Happy Spring! I hope it shows up soon. Congratulations on your win!

I haven't read a Mary Higgins Clark book in years. Brings back good memories of being a teenager. :-) Today I'm hoping to get midway through Why Don't Students Like School by Daniel T. Willingham. Enjoy your day!

I too am doing that Poetry Tour! I will post a review and couple of my own poems!

You did good! May you have another great productive week!

I hope your reluctant spring becomes less tentative soon. The poetry tour does sound lovely. Enjoy your reading this week!

Spring is still just a notion in mind...

Can't wait to read the poetry you choose....

Yes, I have a few books to read and to finish! When will I get to my own writing....?

I don't read poetry at all anymore and I miss that. Will try to follow along this week!

I really need to read more poetry and it National Poetry month is a good excuse to do so (At least I plan to :))

I am really looking forward on reading your thoughts about "Spring and Fall: To a Young Child."

Ooh, that MHC book looks good! It's going on my list. Enjoy your week...and here's MY WEEKLY SUNDAY/MONDAY UPDATES

I haven't read MH Clark in a very long time, but I remember really enjoying them, so perhaps I will give this one a go. I like that they are all stand-alones so you can just pick up whichever one you can find. I will check further into the poetry this week; I used to enjoy reading certain types very much, thanks for sharing.

I've got you under my skin sounds like a book I would enjoy, and MHC certainly knows her stuff, so it's one to go on the TBR pile me thinks. Have a great week and Happy Reading.
My Sunday Post is here

I hope you warm up soon. It has been forever since I've read Mary Higgins Clark. This one looks great. Enjoy your week. My Sunday Post...

I wonder if it's too late to sign up for the Poetry Tour. I have lots of favorite poems! Thanks for sharing this.

Here's my It's Monday!

Yes, it's so cold here too! Enjoy the books and National Poetry Month as well. I'm on the tour too.

Love Mary Higgins Clark...haven't read one of her books for a long time, though.

I will need to check this one out.

Have a great week.

Elizabeth
Silver's Reviews
My It's Monday, What Are You Reading