It's Monday: Magpie Murders and The Eighth Girl 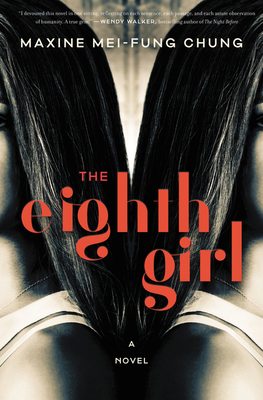 Imagine a girl with eight separate personalities, each vying with each other for dominance and each appearing at will in the mind of their host, the original personality.

Alexa Wu is a damaged young woman who nevertheless aims for a normal life as a photojournalist, while she manages the eight personalities, any of which can appear at any time and take over, even for short periods of time. Her mental disorder is the fascinating  "Dissociative identity disorder (DID), previously known as multiple personality disorder."

I've just begun the book and am eager to see how, or if Alexa makes it, with the help of her new psychotherapist, Daniel, himself a recovering alcoholic.

And who or which personality is the Eighth Girl, I wonder. And how does she fit into the plot?  I haven't gotten to that part of the book as yet.

Author Maxine Mei-Fung Chung is a psychoanalytic psychotherapist, clinical supervisor, and training psychotherapist. Originally trained in the arts, she previously worked as a creative director for ten years at Condé Nast, The Sunday Times, and The Times (London). This is her first novel. 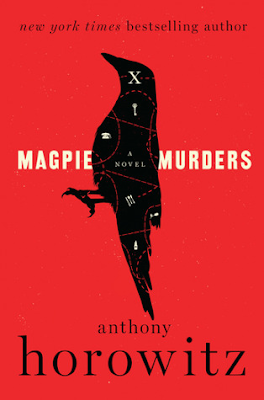 I read the first part of the book a year ago today, and am rereading the entire book for book club meeting in April. Here is what I said about the mystery on goodreads:

Three mystery story plots in one book. A story by a fictional author and then another story about that author himself. Both stories woven together, though it makes for a long book. Very clever plotting and characterizations.

Memes: The Sunday Post hosted by The Caffeinated Bookreviewer. Also,  It's Monday: What Are You Reading, and Sunday Salon
at March 15, 2021

Love the look of The Eighth Girl. Enjoy your week, and here are my WEEKLY UPDATES

Magpie Murders has been on my TBR Mountain for quite a while. I really need to give that one a try. Come see my week here. Happy reading!

I can't believe I haven't read anything by Horowitz, though he's on my TBR. But I'd never heard about The eighth girl, it looks very interesting ^^ Enjoy !

Long ago I remember being terrified by the story of Sybil, a woman with multiple personalities. The Eighth Girl sounds promising.

I'm glad to see how much you enjoyed the Anthony Horowitz mystery.

I've had The Magpie Murders on my wish list for years... not sure when I'll get to it though. I'm starting BItter Orange by Claire Fuller this week and listening to Code Girls by Liza Mundy.

Thanks for sharing your thoughts