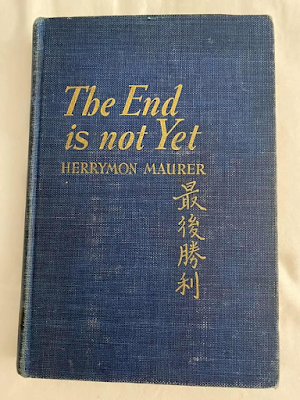 I found on my shelves a first edition of The End is Not Yet: China at War by Herrymon Maurer, printed 1941 by Robert M. McBride & Company, NY

A withdrawn library book that I've had for umpteen years, it's description on Goodreads:

This work has been selected by scholars as being culturally important, and is part of the knowledge base of civilization as we know it. This work was reproduced from the original artifact, and remains as true to the original work as possible. Therefore, you will see the original copyright references, library stamps (as most of these works have been housed in our most important libraries around the world), and other notations in the work. This work is in the public domain in the United States of America, and possibly other nations.

The book begins with the August 1937 attack on Shanghai, China by Japanese forces, starting a years' long occupation of several major cities and an attempt at complete subjugation of China at the beginnings of WWII. This period of time is known as the Sino-Japanese War. The Japanese did not give up their attempts or withdraw from China until their defeat in WWII in 1945. Thus the title, The End Is Not Yet, as this book was printed in 1941, four years before the defeat.

The book describes the surprise attacks and takeover of major cities by the Japanese troops, and the unrelenting Chinese resistance, with what amounts to mainly guerilla warfare to counter the superior tanks and armored vehicles and the bombs of the invading country. The Chinese resistance continued for about eight years, from 1937 to 1945,  and was successful because of their numbers, the mountainous nature of the landscape, the unforgiving and uncontrollable great rivers of the Yellow River and the Yangtze, the Chinese guerilla tactics, and their determination to keep their country free.

The author received first hand information for this partial history from friends, foreign and Chinese, in Szechwan and primarily in Chengtu.

I am in the middle of reading The End is Not Yet, and am totally captivated, as I've always been fascinated by this period of Chinese history.  I'm so glad I finally noticed this book on my shelves! 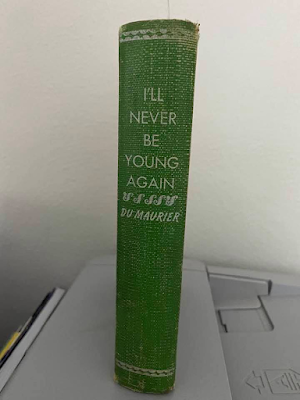 The title of this small green hardcover on the mystery shelves of our library caught my eye. This title was new to me, and I believed I had read all of Du Maurier's novels.
I'll Never Be Young Again by Daphne du Maurier was first printed in 1932. This edition is a 1941 publication by the Sun Dial Press, New York.
It's a coming-of-age story, with  a 20-year-old who was rescued from self-destruction by a slightly older man, who takes him on journeys far away from the stifling and loveless home life and family in London which had led him to near suicide.
I'm in the middle of the book and curious about the final outcome, as the young man, Dick, reacts to his new environments and meeting and interacting with new people his own age, far from home.  It seems a little different from her previous novels and is relatively unknown, it appears.

These are my current books.

Email ThisBlogThis!Share to TwitterShare to FacebookShare to Pinterest
Labels: I'll Never Be Young Again, It's Monday, Sunday Post, The End is not Yet 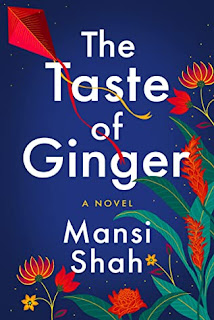