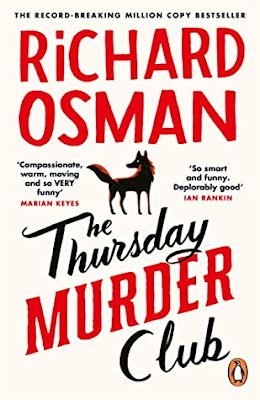 We had so much to discuss with this murder mystery book at our book club this week. We loved the main characters, all eccentric in their own way, but very likeable characters. We enjoyed the complexity of the plot and the red herrings, plot switches in the novel, and the humor in the telling of the story.We did agree however, that there are so many characters, about 27 in all, that we had trouble remembering who did what and to whom, and some of us had to make cheat sheets to keep track of the murders and who the final culprits turned out to be.Nevertheless, we were enthusiastic about the book, the first of three in the series, and all wanted to read more about main characters, especially Elizabeth and Joyce, all senior pensioners in an upscale independent living complex in Kent, England, who are able to solve murders in their Thursday Murder Club before the police do.

I just borrowed number 2 in the series from our library, The Man Who Died Twice, and am enjoying this one as well. 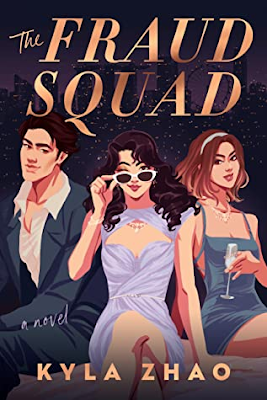 The Fraud Squad by Kyla Zhao

The novel is part Pygmalion and the story of Icarus, who fell from the sky after flying too close to the sun. At least this is how working class woman Kyla Zhao sees herself, especially when she pictures herself failing in her bold attempt to infiltrate the highest levels of elitist Singapore social circles.

This clever romantic comedy reveals Singapore's upper class behavior and aspirations. Kyla is shown as a daring young woman whose own aims are to become a writer and public relations person for the most prestigious society magazine in Singapore. But first she must show herself socially worthy to be part of the higher echelons of that exclusive group. Kyla enters a pact with two upper class friends to have her pass as a Singapore socialite.

I liked reading about the ups and downs of a Cinderalla-like young woman chased from the ball by time and by deceitful individuals who may block her in her pursuit of her career goals. 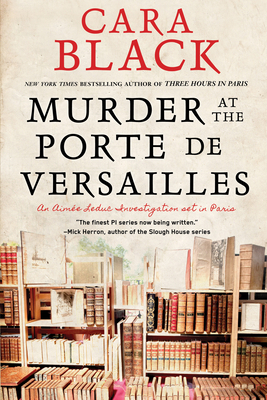 Murder at the Porte de Versailles

by
Cara Black, published March 1, 2022, Soho Crime
Genre: mystery set in Paris
PI Aimee Leduc and her investigative group work to clear a friend, Boris, of a crime she knows he didn't commit - bombing a police laboratory in Paris. The bombing happened during a birthday party for Aimee's three-year-old daughter Chloe which Boris had just attended.The complex world of international spies, world politics, and the aftermath of the 2001 World Trade Center bombing in NYC has everyone on edge, even in Paris. Aimee rushes in and through the city that she knows so well, finding clues and interviewing people who might know the reasons behind the deadly bombing at the Paris police lab.Added to this is Aimee's personal, romantic life, which brings more intrigue and drama to the novel.I enjoyed this 20th in the Paris mystery series, and through reading it, find Paris as enticing as ever, what with the detailed descriptions of history, place and people in the book.