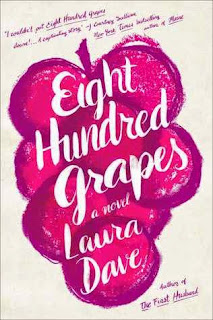 
My father has this great story about the day he met my mother, a story he never gets sick of telling. It was a snowy December morning and he was hurrying into his co-worker's yellow Volkswagen bug parked in front of Lincoln Center, holding two cups of coffee and a massive slew of newspapers. (His first wine, Block 14 - the only wine in his very first vintage - had gotten a small mention in the Wall Street Journal.) And between the excitement of the article and the steaming coffee, Daniel Bradley Ford didn't notice that there were two yellow bugs parked in front of Lincoln Center. That his East Coast distributor was not the one huddling for warmth in the yellow bug's driver's seat. But, instead, his future wife, Jenny.


Bobby nodded. "We are crashing a wedding," he said. "Genius."
Then Bobby put his arm around Finn.


There are secrets you share, and secrets you hide…
Growing up on her family’s Sonoma vineyard, Georgia Ford learned some important secrets. The secret number of grapes it takes to make a bottle of wine: eight hundred. The secret ingredient in her mother’s lasagna: chocolate. The secret behind ending a fight: hold hands.
But just a week before her wedding, thirty-year-old Georgia discovers her beloved fiancé has been keeping a secret so explosive, it will change their lives forever.Georgia does what she’s always done: she returns to the family vineyard, expecting the comfort of her long-married parents, and her brothers, and everything familiar. But it turns out her fiancé is not the only one who’s been keeping secrets… (publisher)

I need a good contemporary novel this summer.This is it!

Thanks to the publisher for a review/feature copy of this book.