Two Book Reviews: The Vegetarian by Han Kang and Mad by Chloe Esposito

Here are two brief reviews of books I finished this week. Both are controversial, I think, and a little
out of the ordinary. 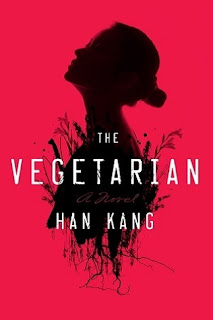 The Vegetarian by Han Kang
Think Franz Kafka and his Metamorphosis. Yeong-Hye stops eating meat and soon imagines herself one with the plant world, needing only sunlight. But her body remains the same, a human body needing food, even if meat-free.

I am not sure if this is a psychological study of extreme delusion or a study of a woman reacting to the strictures of a patriarchal world and a society with strict laws, especially when it comes to women's status. It could be both.

The story is told from three points of view - that of Yeong-Hye, of her brother-in-law who becomes obsessed with her, and of her older sister, the supposedly responsible, sane sister in the family.

It's a bit disturbing, this story, but with lots to ponder.


Before my wife turned vegetarian, I'd had always thought of her as completely unremarkable in every way. To be frank, the first time I met her I wasn't even attracted to her. Middling height, bobbed hair neither long nor short; jaundiced, sickly-looking skin, somewhat prominent cheekbones; her timid, sallow cheekbones told me all I needed to know. As she came up to the table where I was waiting, I couldn't help but notice her shoes - the plainest black shoes imaginable. And that walk of hers - neither fast nor slow, striding nor mincing. 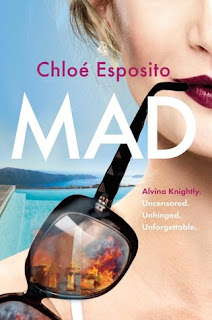 I am, like some of the other reviewers, ambivalent about the direction the main character headed. Alvie was a scattered young woman asked by her identical twin sister to fly to Sicily to switch places with her for a few hours.

I was surprised at the turn in the character in the story in the second half of the book. Her sister Beth acts strangely about the identity swap, and things go awry quickly. This is the first in a trilogy, so I'm wondering where the story will go from here. Alvie/Beth is probably not going to be everyone's idea of a perfect protagonist, though she certainly is an interestingly"mad" one.

Please stop ignoring me. I know you received my last two emails because I put that recipient-tracker thing on, so you can stop pretending. Despite being at risk of repeating myself, I would like to invite you, yet again, to come and stay with us at our villa in Taormina. You would LOVE it here: 16th century, original features, the smell of frangipani in the air. The sun shines every single day. There is a pool to die for....

I think I'd like The Vegetarian even if it is somewhat disturbing.

Both books look tempting. The excerpts are a bit disturbing...which intrigue me even more. LOL. Thanks for sharing...and here's mine: “EXPOSED”

It's certainly worth reading!

One's serious literature, the other is a randy tale with some violence and sex!

Boy, I wonder why the man even married the woman from the first book if she was so unattractive to him. My quotes from Hamilton REvolutionary

Harvee, I am most interested in reading or listening to The Vegetarian. Have a good weekend.

Hope to hear what you think of the book, Suko.

I've heard a lot about The Vegetarian. It's one I definitely want to try. :)

The Vegetarian piqued my curiosity. I had to wonder how those two ended up together, since his reactions to her sounded so...negative.