I seem to be watching more films, TV shows on Netflix now that the cold weather (and Covid) is keeping us indoors. Someone predicted on TV that 2022 will be a year for "going interior," and I assume that means, staying in and away from crowds. 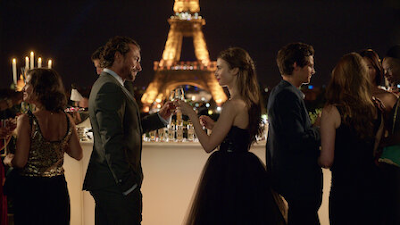 Seasons 1 and 2 of Emily in Paris are dubbed a romantic TV comedy. The gorgeous filming of places in Paris made me more than interested in the show. I'll have to wait till next year for Season 3. (Photo from Netflix) 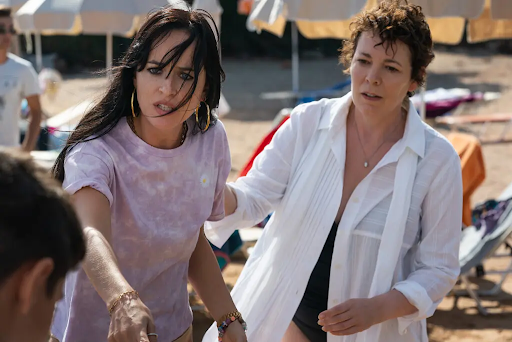 The Lost Daughter is another film on Netflix, an award winner. It's described by the NY Times as a "dreamy thriller," and is set on an island, presumably in Greece. Based on a novel, it's the story of a literature professor vacationing alone, who observes the other vacationers, especially a young woman having difficulty coping with her young child. The professor is reminded of herself raising her two daughters years ago while building a career. The ending didn't bother me as it did some critics. You just have to fill in the blanks as to what comes next.

Two other films set in Paris I'll be watching slowly, as they're in French, though I have the option of switching to the English version! 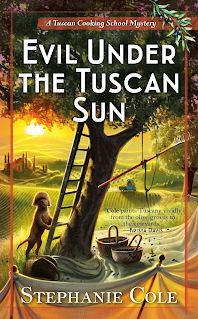 Evil under the Tuscan Sun by Stephanie Cole is the 3rd in the Tuscan Cooking School mystery series, to be published February 1, 2020 by Berkley.

I enjoyed her first book, Al Dente's Inferno, when Nelli Valenti is enticed from America to Tuscany to turn a villa into a cooking school. In Evil under the Tuscan Sun, a philanthropher brings his aging mother and her companion from the U.S. to enjoy the Tuscan sun and a four-day workshop making ziti. Of course, death follows, but I haven't reached that part as yet, and can't tell you who got killed. 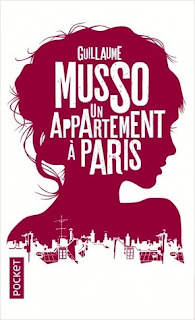 This is a romance set in Paris, that I've not yet started, but see it's easy to read in French, happily for me. Un Appartement a Paris by Guillaume Musso, is described by French critics as a thriller and a romance, imaginative and intriguing. How could one resist that? It was published March 2018.