Becoming Josephine uses historical facts to weave a personal story about Rose Tascher of the island of Martinique who traveled to France, married, entered French society and later became the Empress Josephine, ruling France with Napoleon after he declared himself Emperor. I enjoyed the facts behind the imagined inner life of a girl who rises to undreamed of heights, at times a bit unwillingly.

The novel was easy to read presenting the facts of the French Revolution and the rise of Napoleon from Josephine's point of view and imagining her feelings and personal reactions to the monumental changes around her.

The novel was informative and entertaining. I only wish it had finished the story about the future that Napoleon faced after Josephine, and not ended quite so abruptly, as I felt the novel at the end was almost as much about Napoleon as it was about the Empress.

I rated this excellent read 4 out of 5 stars. 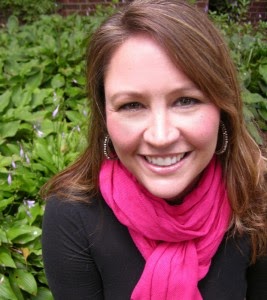 Heather Webb is the author of historical novels BECOMING JOSEPHINE and the forthcoming RODIN’S LOVER (Plume/Penguin 2015).  A freelance editor and blogger, she spends oodles of time helping writers hone their skills—something she adores. You may find her twittering @msheatherwebb or contributing to her favorite award-winning sites Writer Unboxed and Romance University. In addition, she is a member of The Historical Novel Society.

Thanks to TLC Book Tours and the publisher for a review copy of this book. Visit the tour schedule for more reviews.

I really enjoyed this book a lot, and can't wait for Rodin's Lover, next book by Heather coming out next January

Harvee, thanks for sharing your thoughts about this book. It sounds like fascinating historical fiction.

I never knew much about Josephine.

It is interesting that someone has written a novel from her point of view. I would likely want to read a non fiction biography before I read the novel however.

Harvee, I don't much about that historical period, but it sounds like this is a book I would enjoy. Thanks for your great review.

Ever since I saw this on Goodreads, I thought it'd be fascinating to find out a bit more about the woman behind Bonaparte! Thanks for the review!

I find Josephine completely fascinating! What an incredibly interesting life she lived.